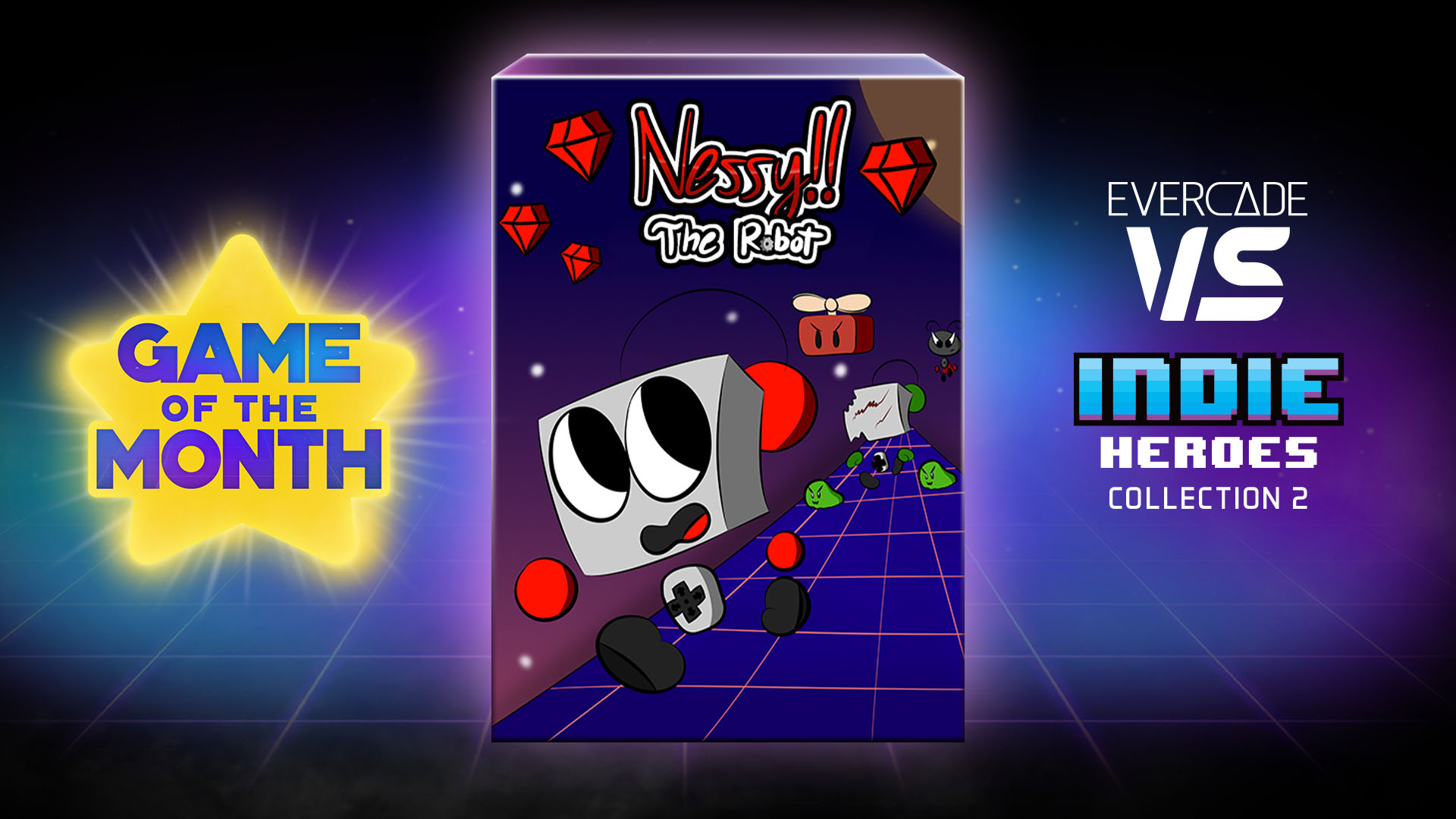 Evercade VS Game of the Month #2: Nessy The Robot

Tags evercade vs, Game of the month, nessy the robot

The new Game of the Month feature, exclusive to Evercade VS, continues by offering a series of ten downloadable indie games between April and December of 2022, with each being available to play for free for a whole month. With May’s update, available right now on your VS console, Nessy The Robot comes to Game of the Month for your enjoyment! 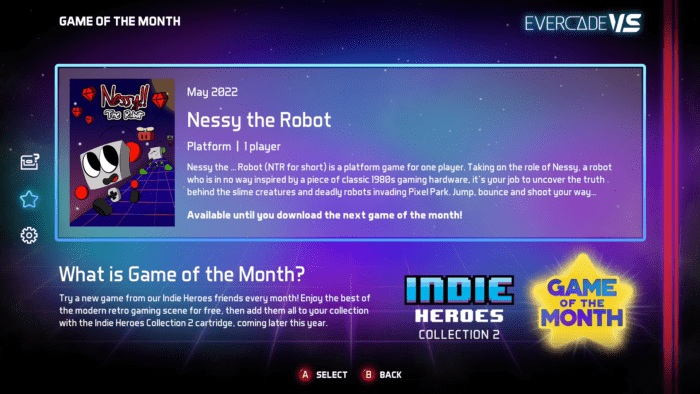 Made by Daniel T Gaming, Nessy the Robot is a platform game where you control Nessy, a familiar retro controller-themed robot. You venture and fight through the world of robot zombies, slimes, and more with your goal of preventing the destruction of your home – Pixel Park. 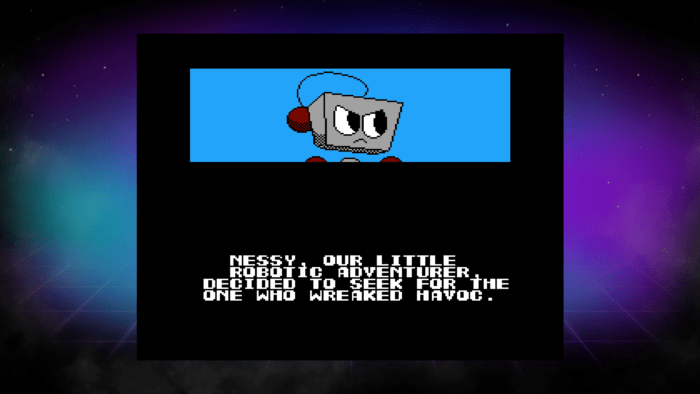 As an alien UFO full of slimes arrives at Pixel Park to wreak havoc on the world, Nessy sets about finding the slimes responsible and putting the world to right, with the help of Dusti the Bee, who guides him through the journey. You will explore the levels, avoiding or defeating enemies with your projectile, navigating platforms, collecting gems, and petting dogs! 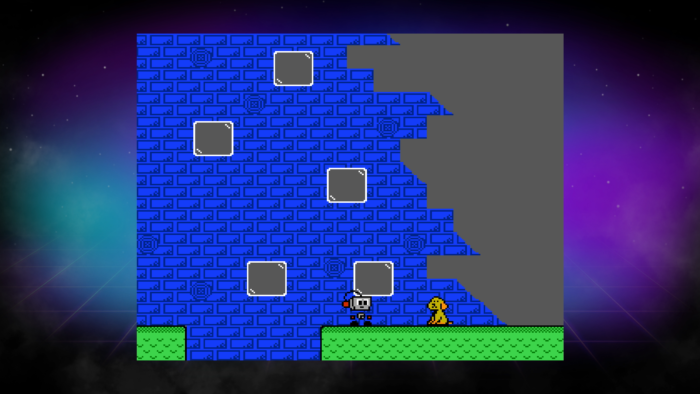 Much like many platform games of the 8-bit generation, this game features multiple levels over a series of worlds with many secrets to discover, friends to talk to and collectibles to be found! Filled with cutscenes and narrative, this game has an enjoyable story that will keep you hooked all the way to the end. 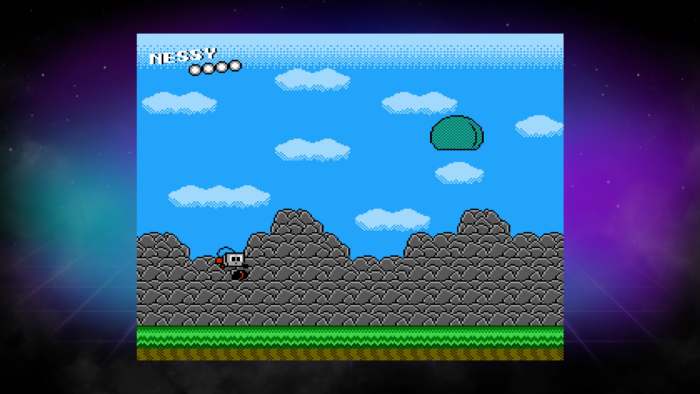 This passion project goes back many years and finally came to life following a game design competition called Byte-Off in 2019, from game engine developers, The New 8bit Heroes (who you may know for NES maker). The competition was designed in order to highlight the work of the large community of designers and enthusiasts using their game development tools. And it continues to this day. 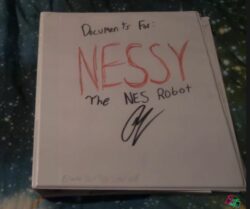 But going even further back, Daniel (a Youtuber and musician by day) started the journey in 2018 after acquiring the development tools, sketching Nessy, and went forth, along with art director Morgan, concept artist Minty, and with additional work from many others, went about creating the adorable robot for the Byte-Off competition and released it publicly shortly thereafter.

But the work didn’t stop there. For the next three years, Daniel and his friends continued to forge through, honing, refining, and adding more to the game until May 2021. Daniel detailed his journey through the development process in a very insightful YouTube video (Swear word warning) – going from knowing absolutely nothing about game development to discovering the motivation to continue working on the game past the competition. 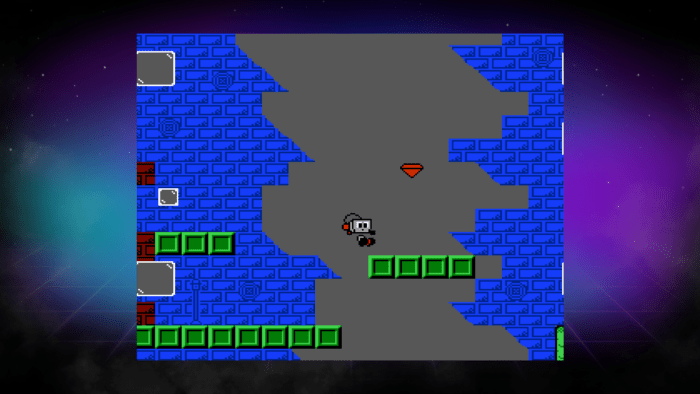 To get started with Nessy The Robot and the Game of the Month feature, connect your Evercade VS to a Wi-Fi network through the Network menu in Settings, then update your system’s firmware via the System menu. 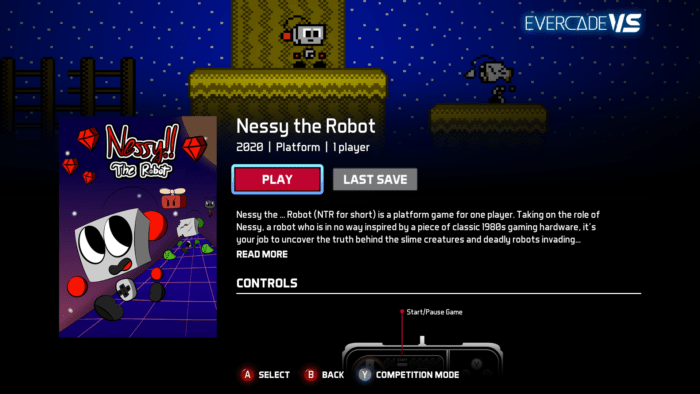 When you’re updated to version 2.1.1 you’re good to go — select the star icon on the left of the screen and get ready to play Nessy!