Intellivision Collection 1 Where to buy 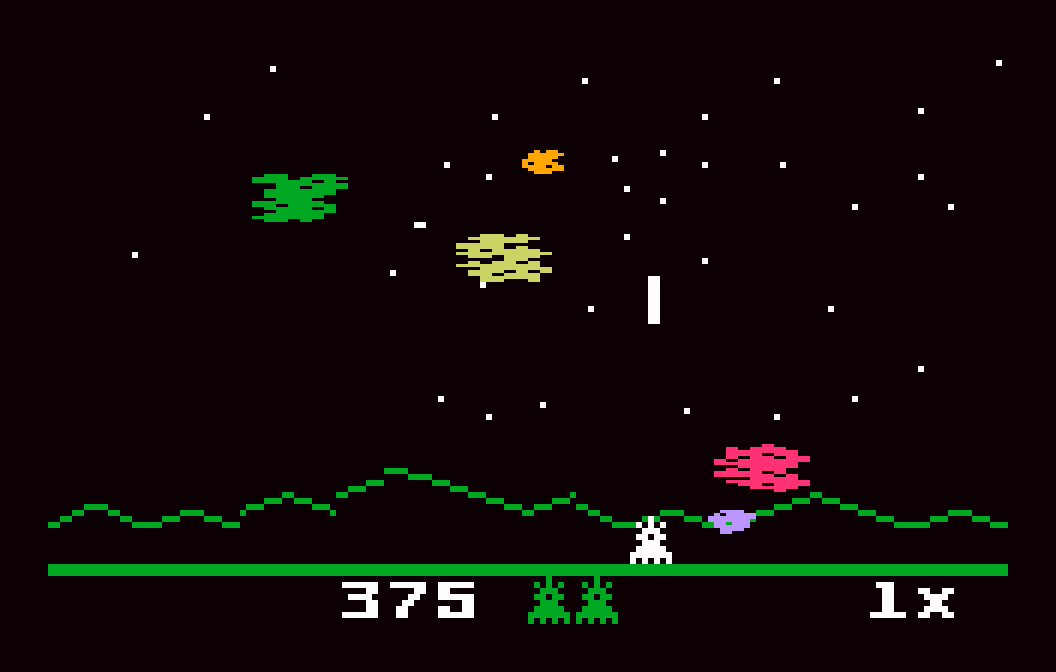 Astrosmash is a frantic fixed shooter where you'll need to defend your planet from falling rocks, spinning missiles and UFOs. Keep blasting to build up that multiplier and reach the highest score you can! 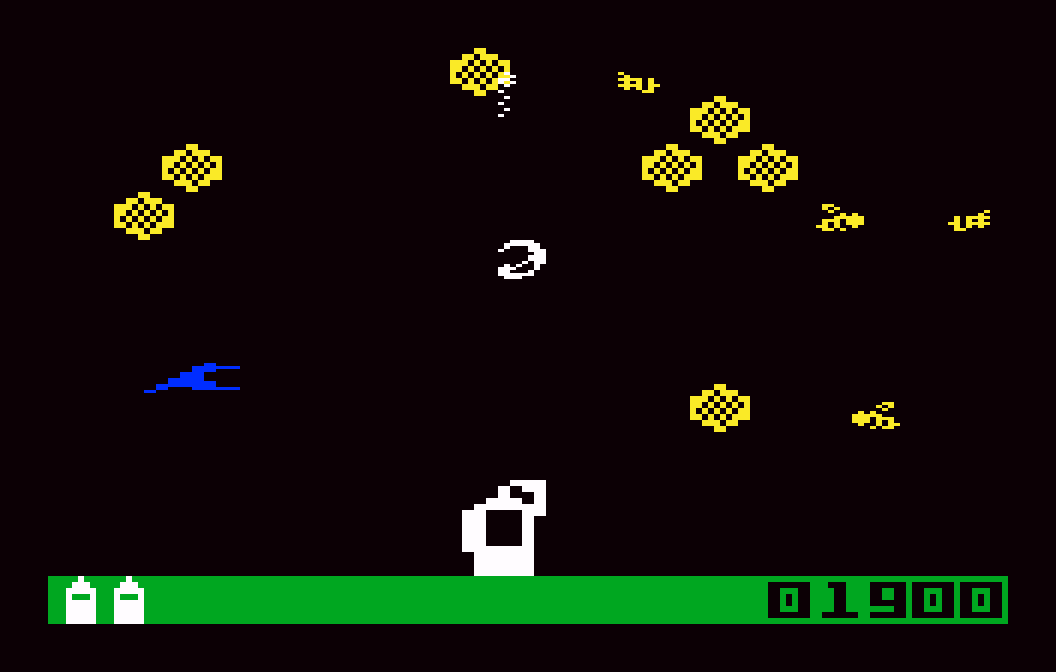 The bees are coming in Buzz Bombers! Blast the bees with your cans of bee repellent to turn them into honeycomb; when the hummingbird shows up, you'll get points for any honey he eats! 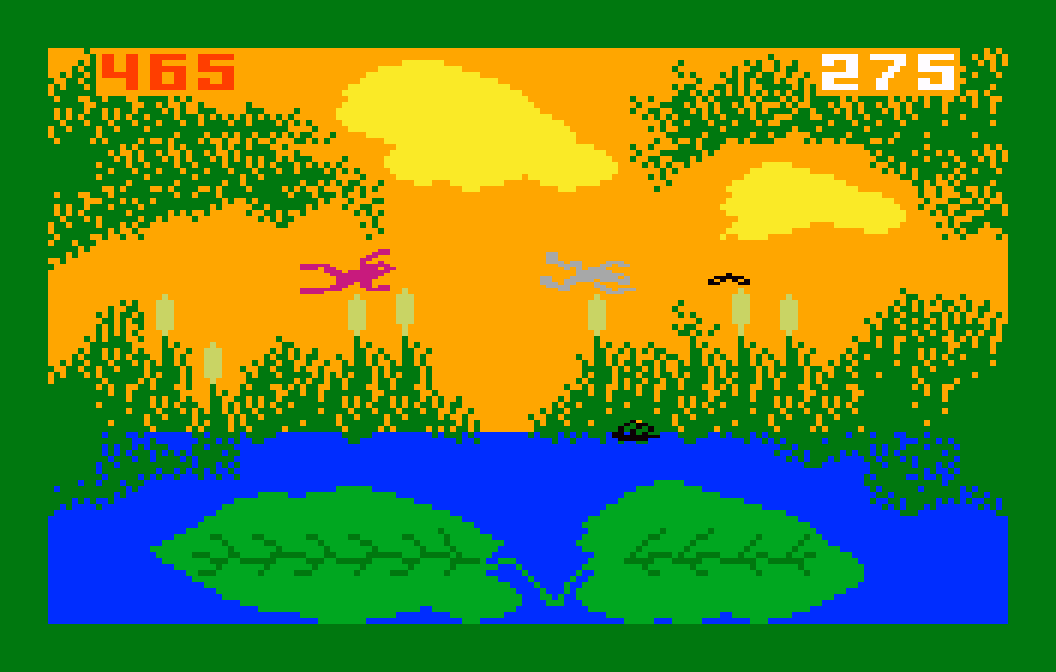 In Frog Bog, you're a frog! Satisfy your froggy hunger by eating as many flies as you can in three minutes. Try all the different play modes for the ultimate amphibian challenge! 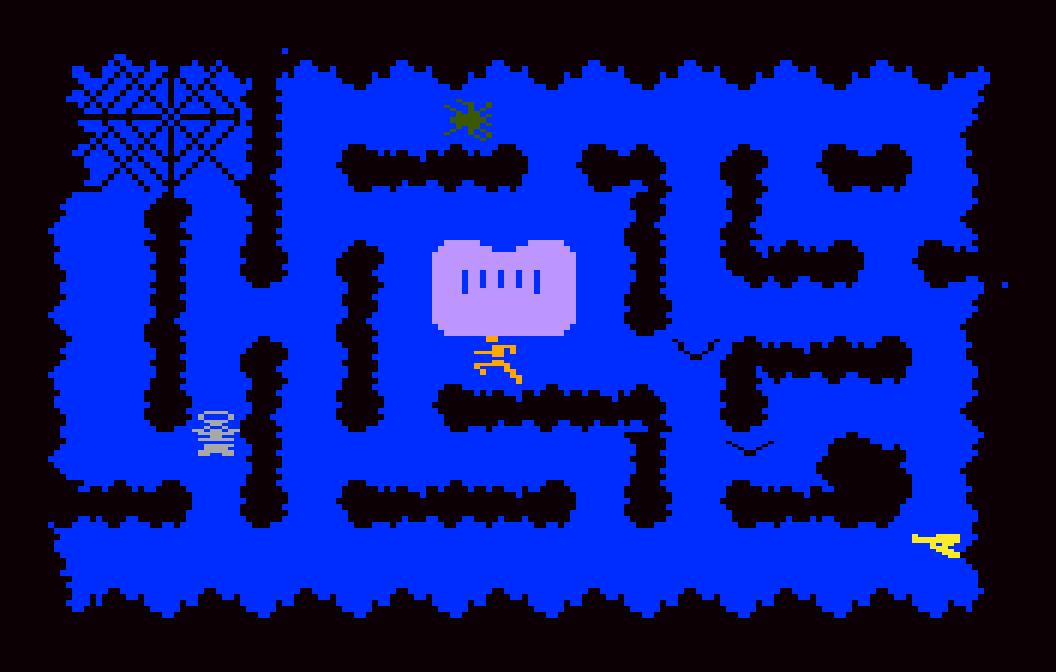 You're trapped in a maze with no exits in Night Stalker — and the robots are coming for you! Grab the guns that someone has carelessly left lying around and fight to survive for as long as you can. 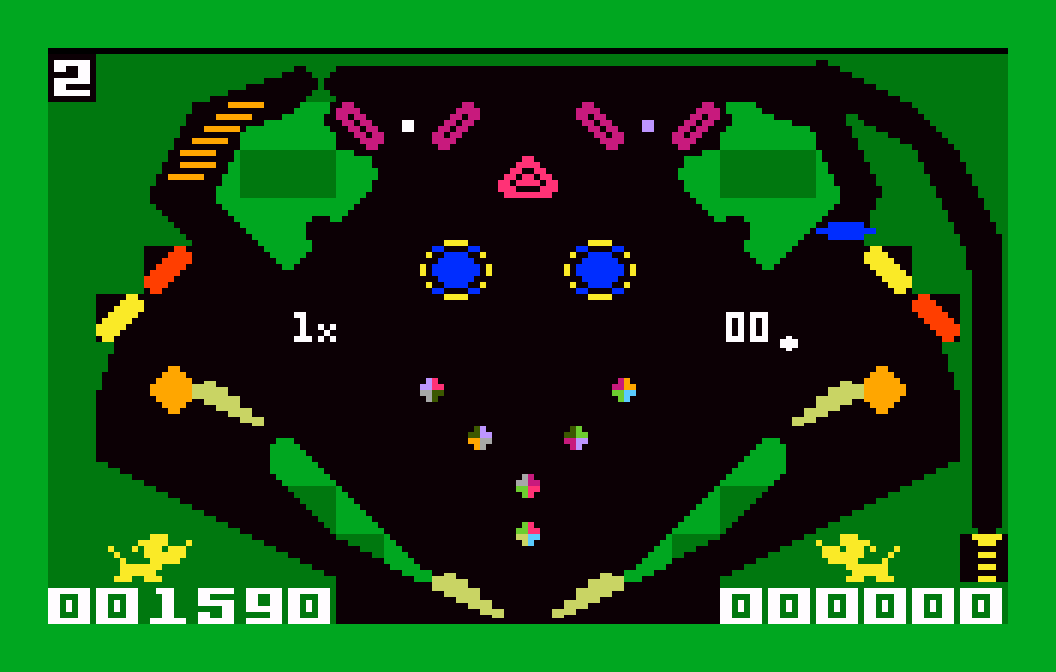 Stand like a statue, become part of the machine, feel all the bumpers and always play clean. It's time to prove just how much of a pinball wizard you really are across three challenging screens! 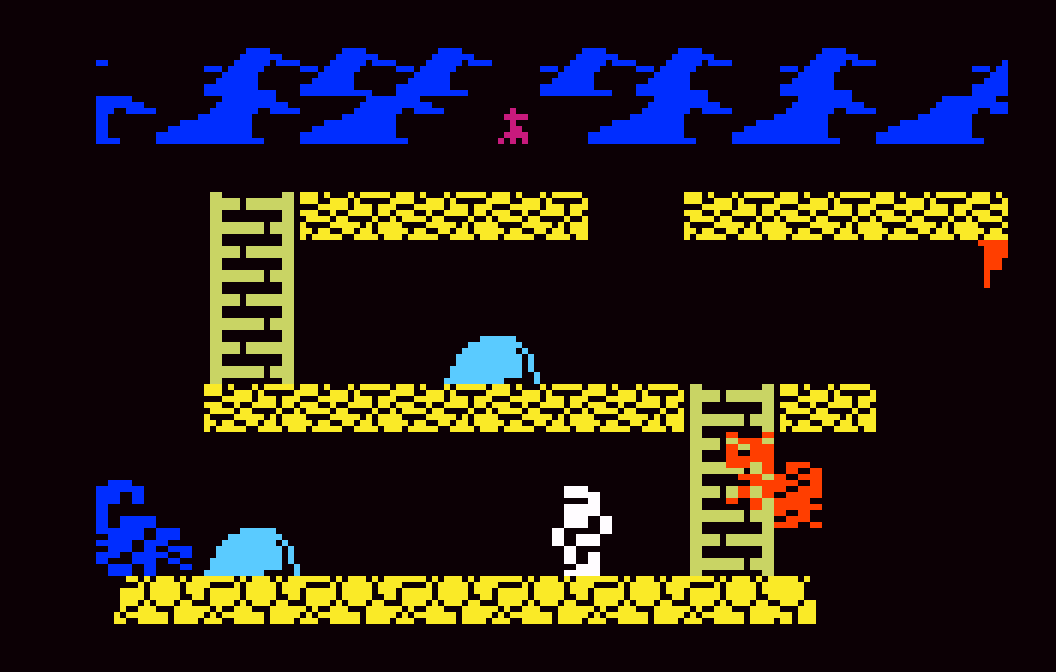 You are the brave Knight, and your childhood friend, the Princess, has been kidnapped by the Evil King from a neighbouring dark kingdom! Set off on your quest in Princess Quest to make things right and fight off every vicious monster in your way! 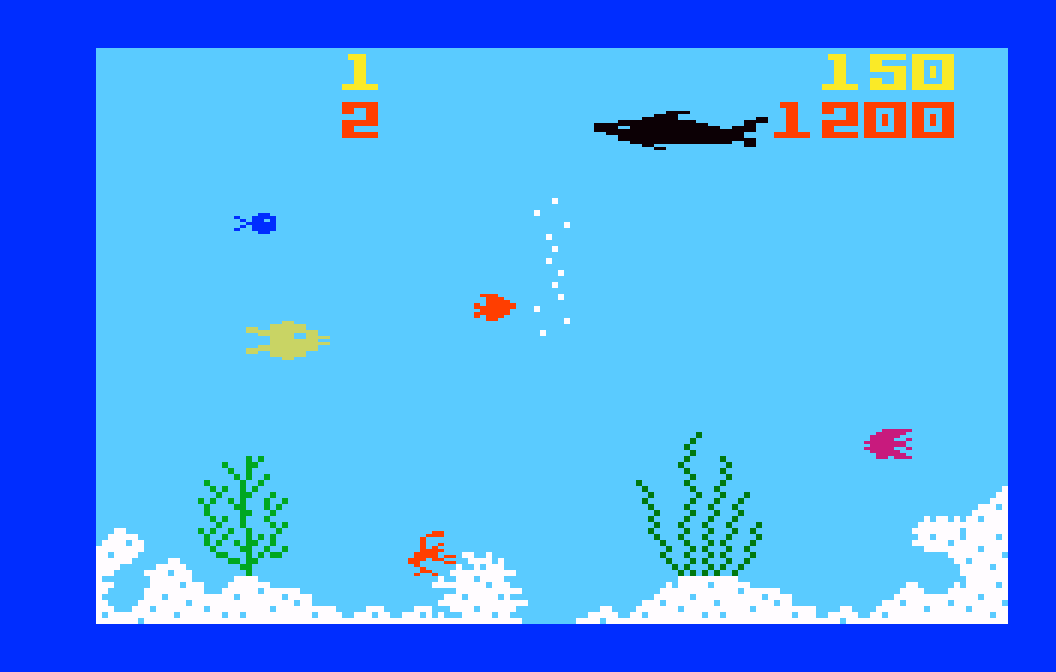 It’s Shark! Shark! You're a fish and your goal is to eat other fish who are smaller than you to get bigger, but watch out for any fish who are bigger than you — along with the deadly shark, crab, lobsters and jellyfish. 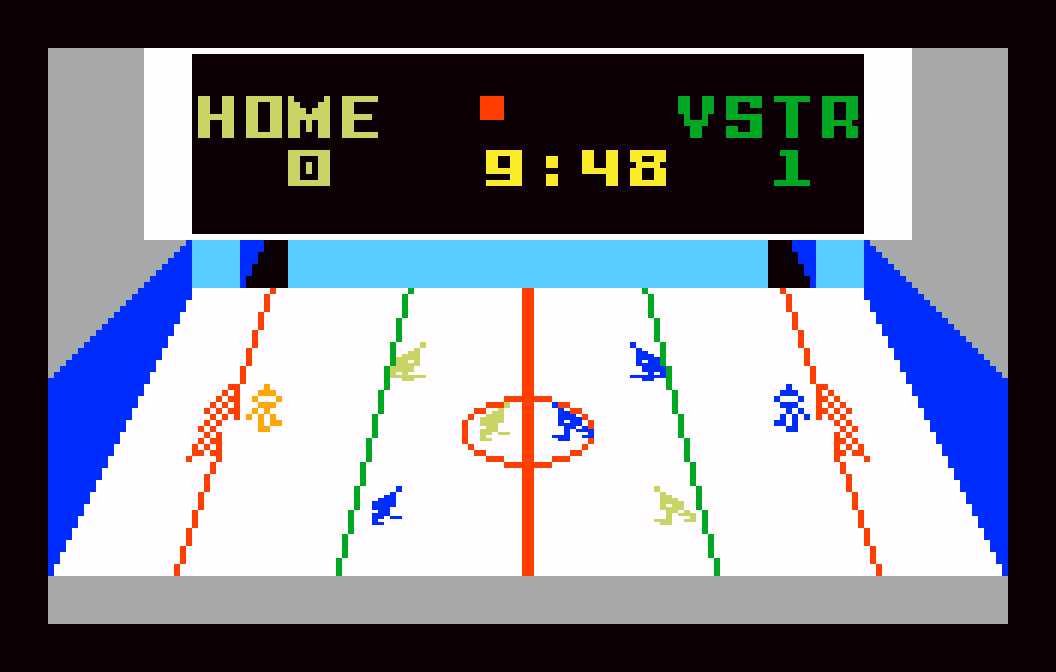 Can you score more goals than your opponent? Take to the ice in Slap Shot Super Pro Hockey and prove your hockey dominance as either the Home Team or the Visiting Team! 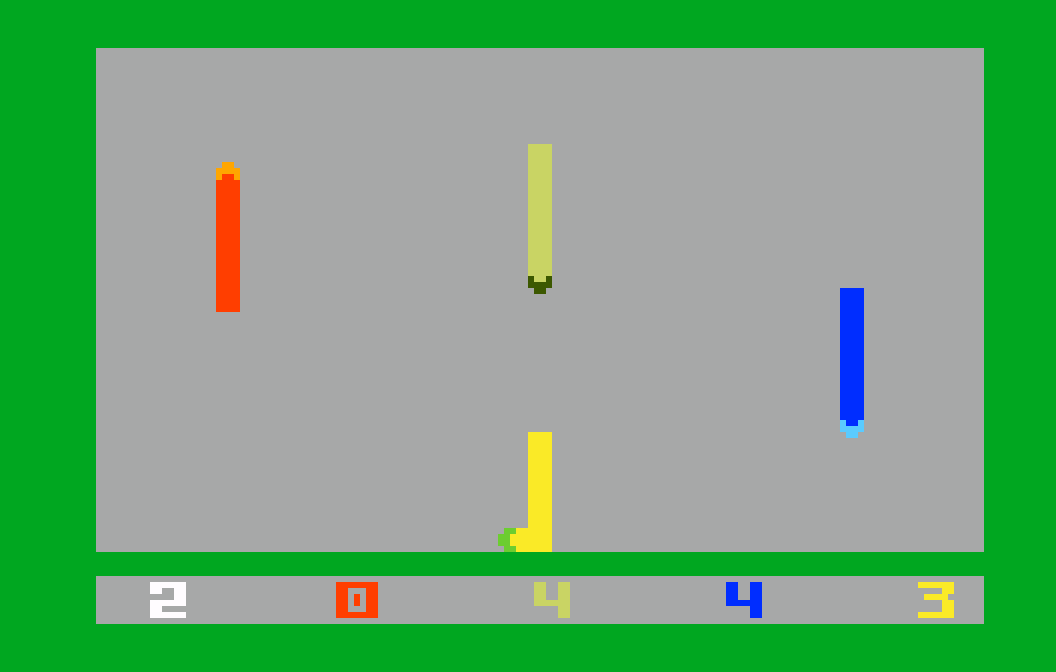 In Snafu, you must use your serpent to create a maze to corner your opponents... before you are cornered yourself! In Trap games, force your opponents to crash; in Bite games, nibble off your opponent's tail before they do the same to you! 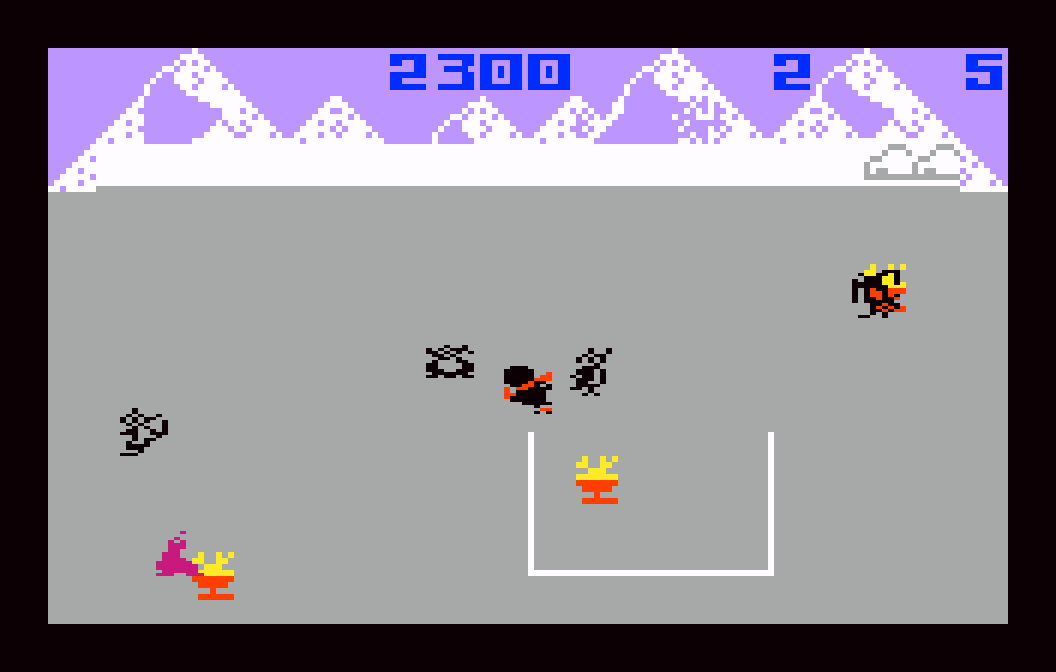 Duncan the penguin loves to skate on thin ice — and he loves to play pranks on other penguins, too. Skate all the way around each of Duncan's penguin friends to give them a surprise cold bath — but watch out for the polar bear and the seal! 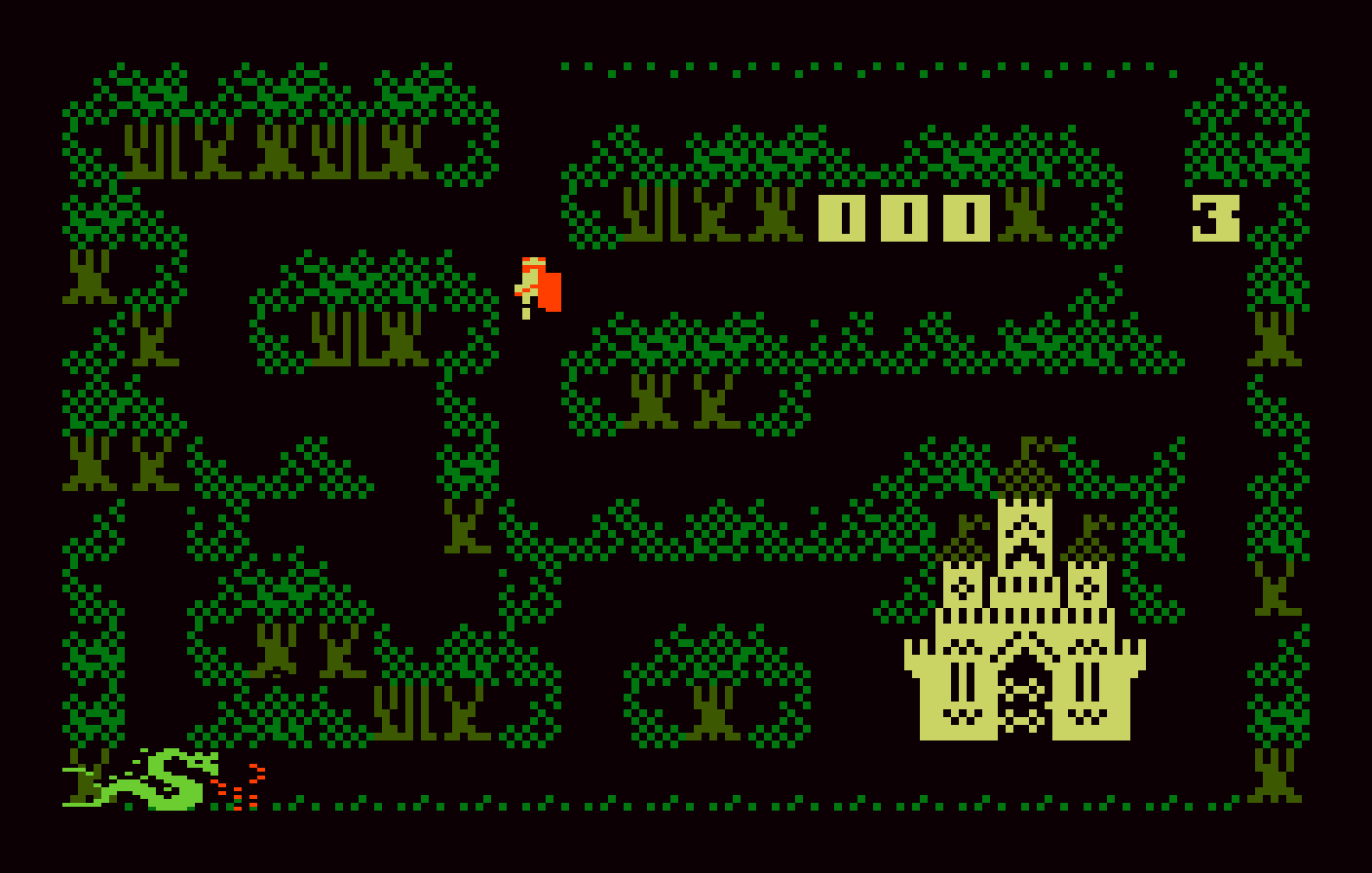 As a brave knight in Thunder Castle, battle your way through the enchanted forest, the wizards' castle and the demons' dungeon to face your ultimate challenge! 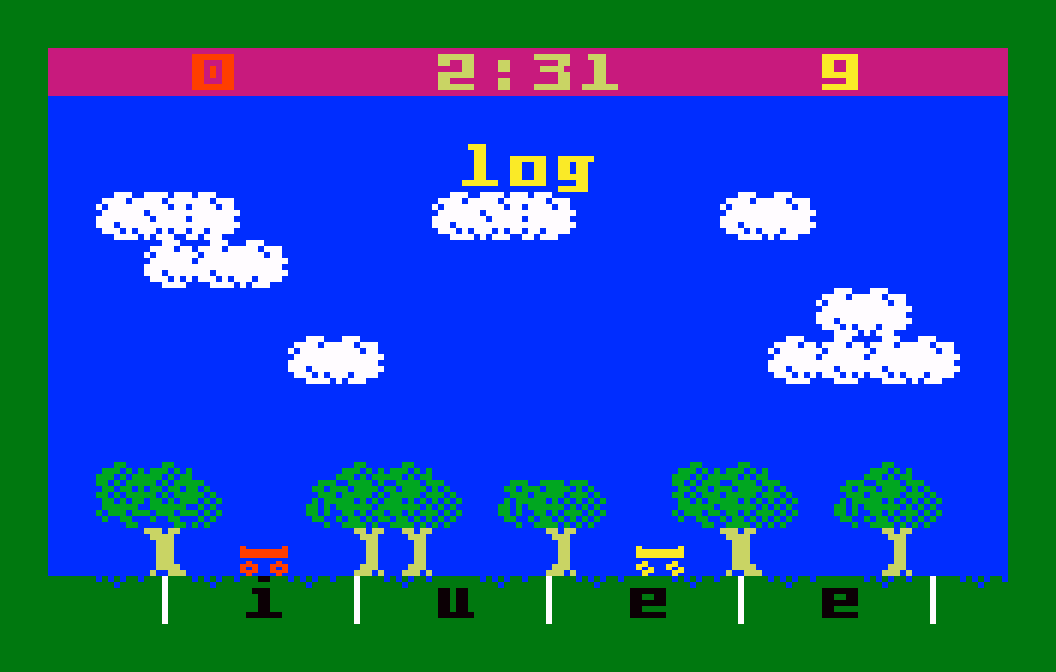 Letters are just letters until you make them words in Word Rockets! High in the sky, incomplete words float by. Quick, fill in the missing letters with your stock of vowels! How quickly can you make 50 words?

We use cookies on our website to give you the most relevant experience by remembering your preferences and repeat visits. By clicking “Accept”, you consent to the use of ALL the cookies.
Cookie settingsACCEPT
Manage consent