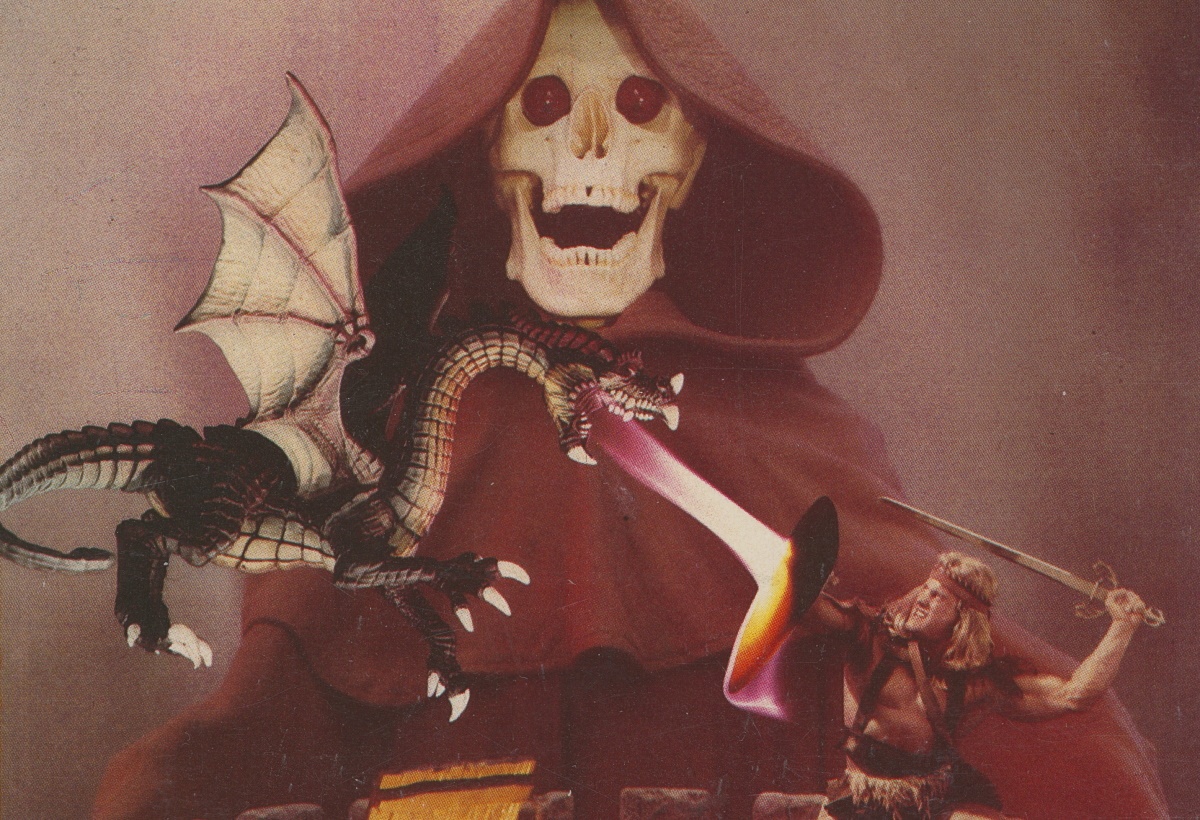 In the first of a collection of blogs, we’re launching an Evercade Game Spotlight. A chance to take a deep dive into some of Evercade’s 300+ gaming library and give you everything from fun facts, history, hints and tips and even more advice on how to play. Today’s game under the spotlight is Tower of Doom, part of the Intellivision Collection 2 cartridge for Evercade.

First released in 1988, Tower of Doom was originally intended to be the third entry in a trilogy of games based on a popular tabletop role-playing ruleset. The first two of these games, Cloudy Mountain and Treasures of Tarmin, were released under this branding — but Tower of Doom came too late to be part of the agreement. And thus it became its own thing.

This is kind of interesting, because out of the three Intellivision games based on said classic tabletop system, Tower of Doom is the one which stands out as actually resembling what we know as a role-playing game today. We’ve got stats, we’ve got equipment, we’ve got dungeons, we’ve got monsters. It’s relatively simple, sure — but it actually stands up pretty well alongside today’s dungeon crawlers and roguelikes. You can find out more about the game’s background over at the Blue Sky Rangers’ Intellivision history site.

In Tower of Doom, your job is to get from the top of the titular tower to the bottom, preferably 1) alive and 2) with as much treasure as you can possibly carry. Exactly how difficult this process will be is determined by which of the quests you choose to take on when you start the game, and what kind of character you pick to play as. 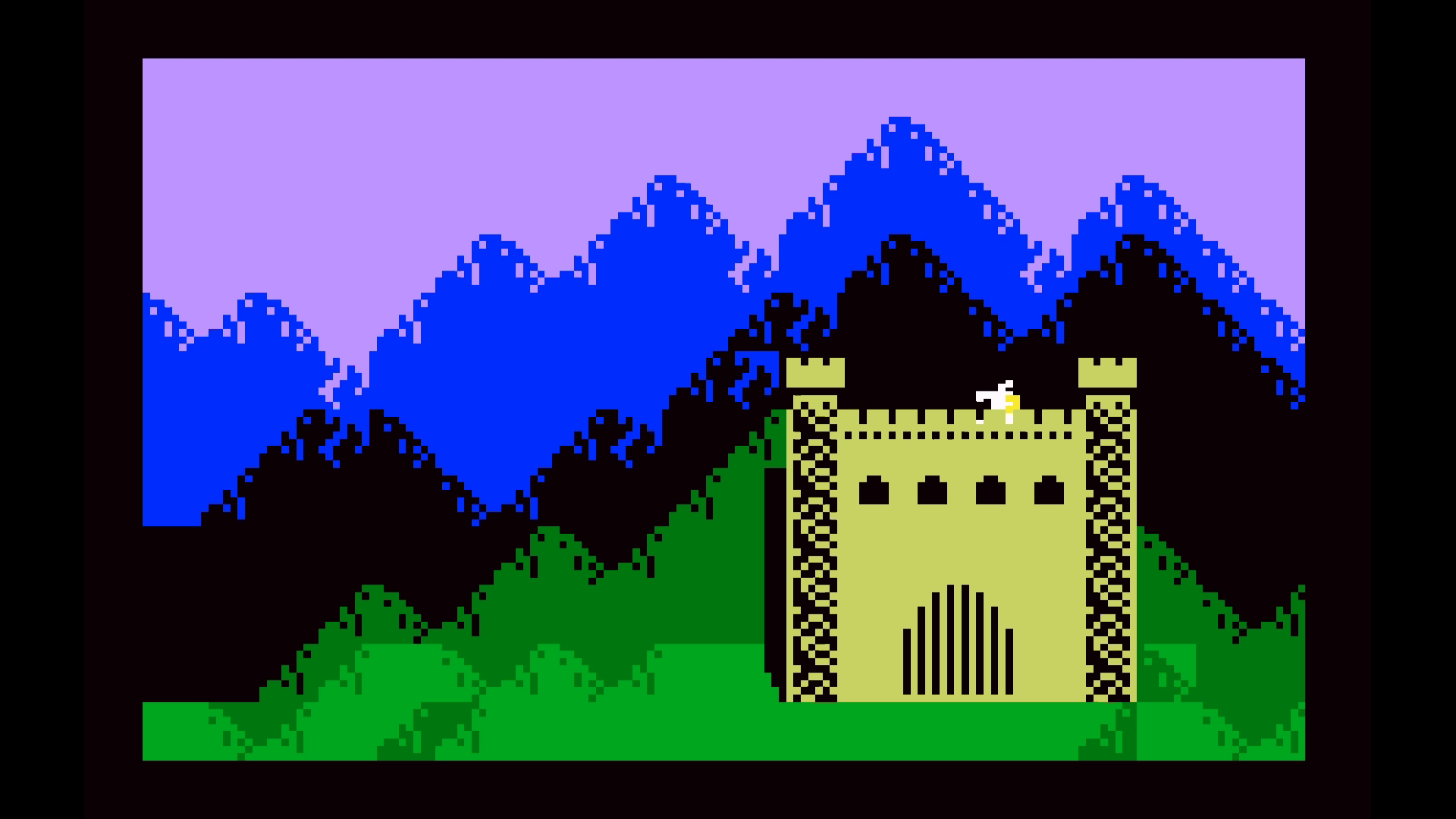 Here’s a rundown of what the different quests are:

And here’s what the different characters are: 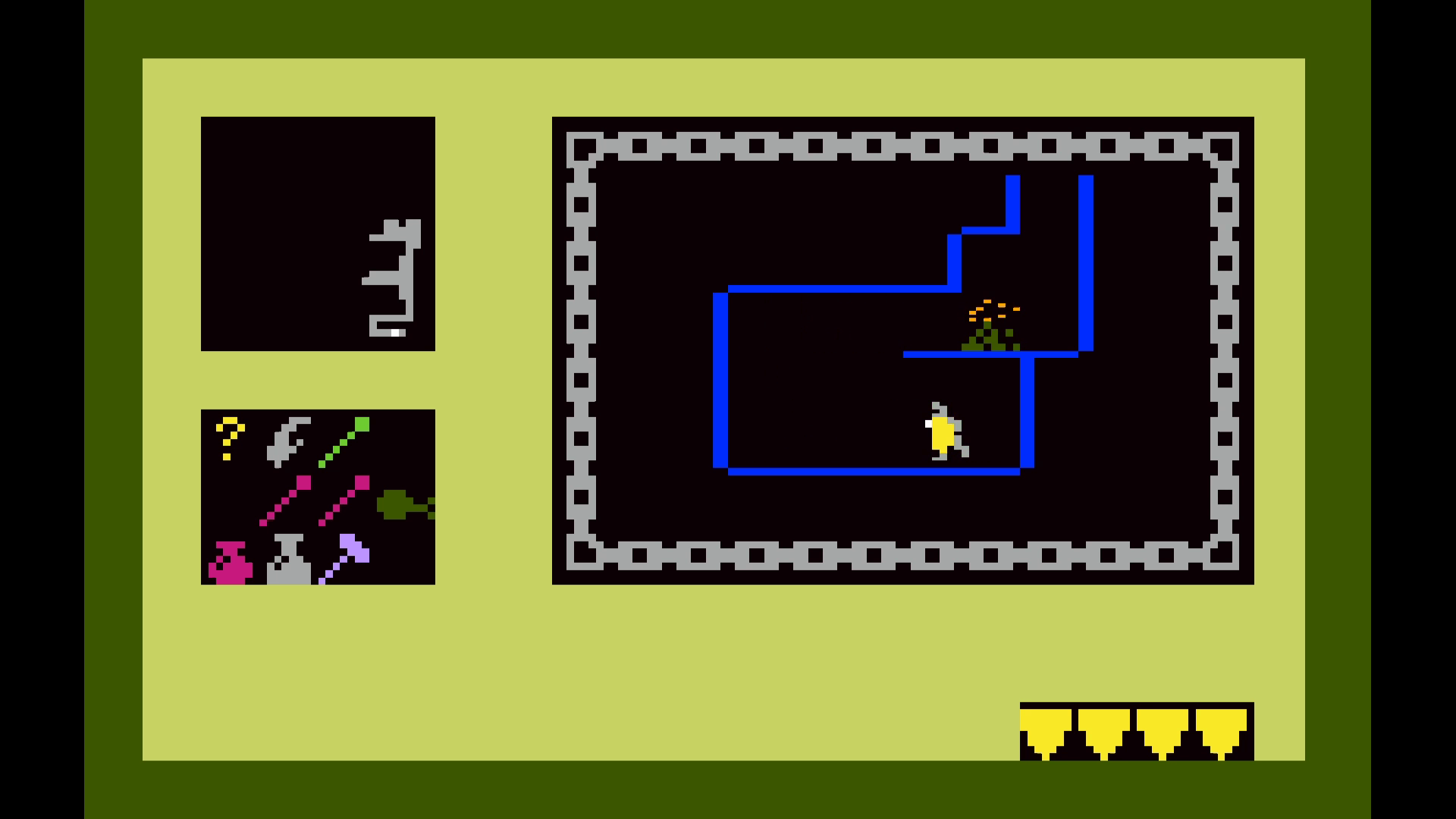 Exploring the Tower of Doom is straightforward. Move around with the D-pad and the map will be gradually revealed. Walk into an enemy to fight them, or walk over an item to pick it up, assuming there’s space in your pack. Check out the manual for Intellivision Collection 2 to read a full breakdown of what all the controls do.

Your basic goal in Tower of Doom is simple survival, but once you get to grips with the game you can start taking aim for higher scores. Key to this is how you handle the treasure items in the dungeon: picking them up and using them immediately “cashes” them, which gives you both Treasure Score and experience, but if you hold on to them, you’ll gain Treasure Score for them when you descend to the next level of the dungeon — and this happens every time you go down a level with that treasure in your pack!

In this way, if you don’t mind sacrificing a bit of space in your pack, you can really rack up the Treasure Score by lugging around as many shiny goodies as you can for as long as possible. Consider the value of the treasures you’re holding, though; if you find a treasure that is worth more than one you’re currently carrying, it’s worth cashing in a less valuable one to carry the more valuable one with you.

Trouble is, in all but the Novice, The Tower and The Challenge quests, you don’t immediately know the value of the items you’re carrying, because the meaning of the items’ colours are randomised! That means you’ll need to do some research for yourself — try cashing in some treasures and seeing how they affect your Treasure Score and experience, and see what effects differently coloured items have when you use them! 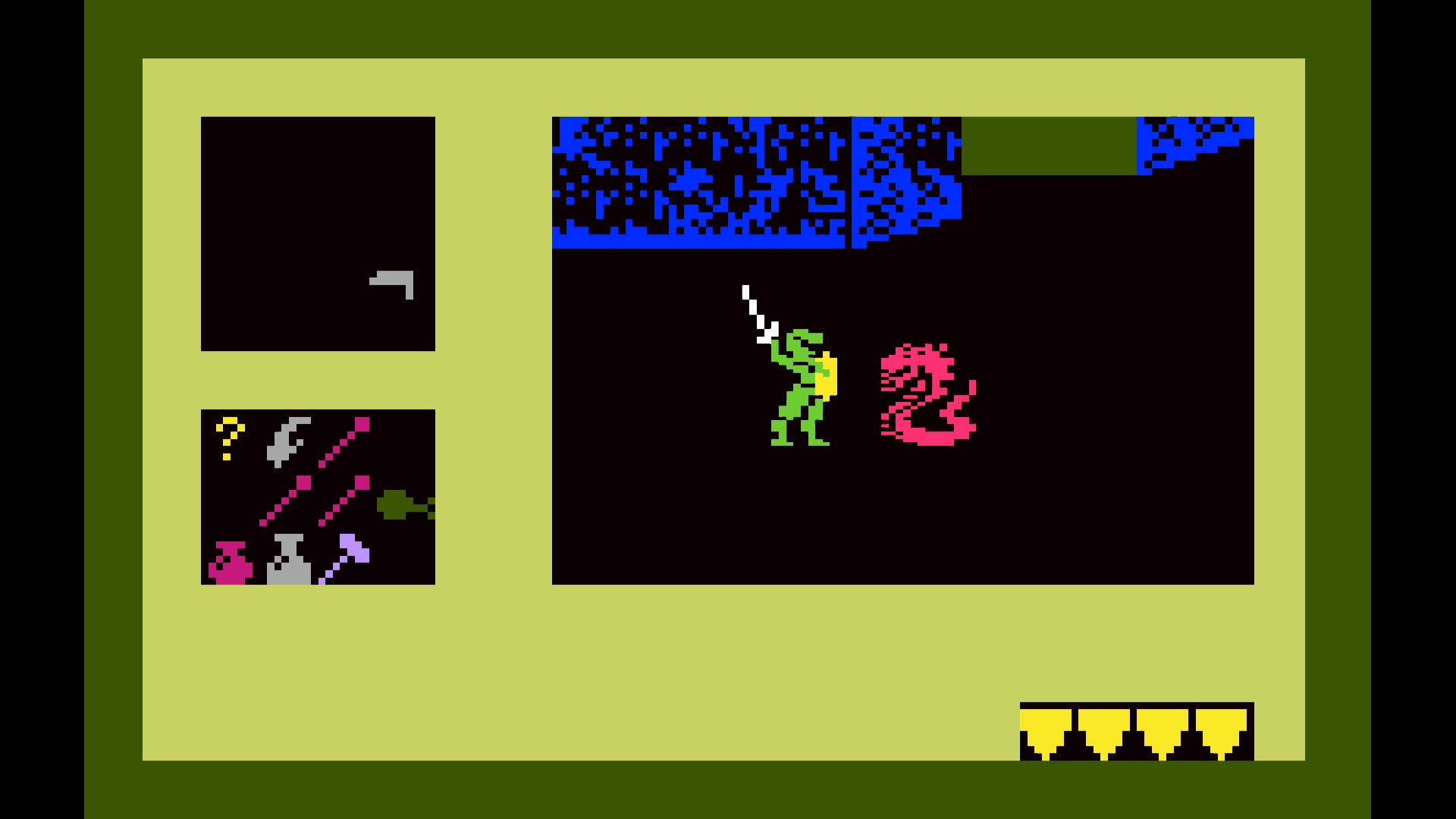 This is much easier in those Novice, The Tower and The Challenge quests, because the colours always mean the same things. So to give you a helping hand, here’s what the “fixed” colours mean in those quests: 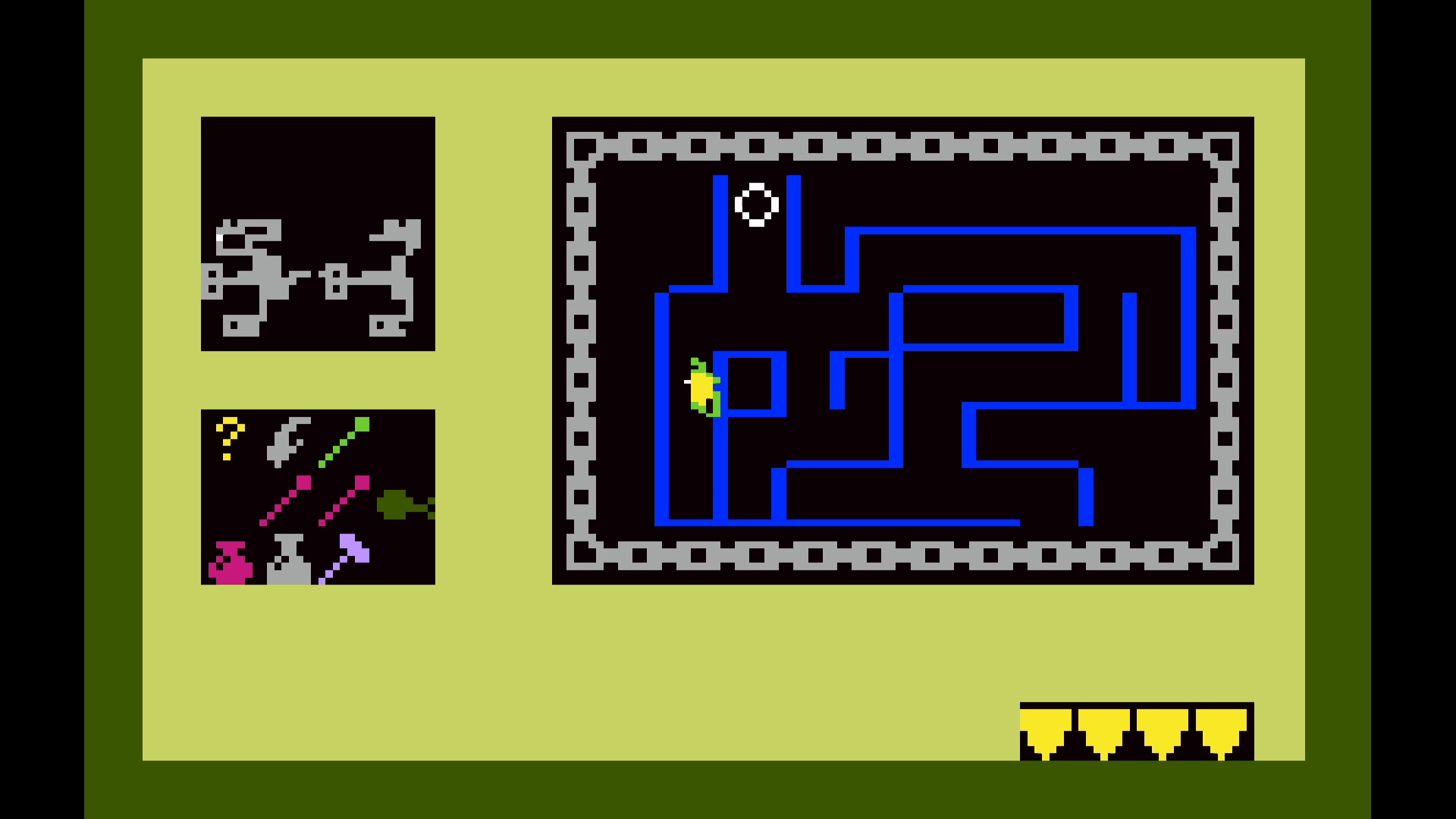 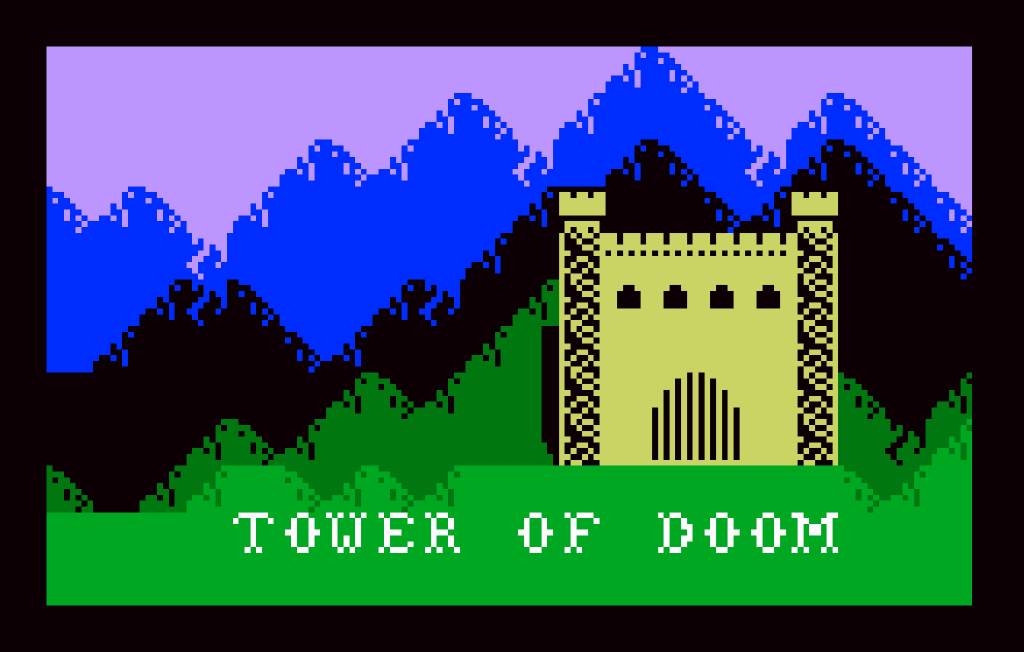 Here’s a handy tip for you in the quests where the colours are randomised: the colours still apply in these “sets” above. So if you learn, say, that a projectile weapon with maximum ammunition is now orange instead of magenta, you know that an orange scroll will remove curses on you, orange large potions will boost your health and attack power beyond their usual maximums, and so on.

Moreover, the colour sets are simply rotated around this list rather than completely randomised — so if you know magenta has become orange, you also know that grey has become green-brown, cyan has become pink, orange has become lavender, and so on!

Sound complex? Don’t worry about it. If you find a tempting looking potion in the dungeon, just chug it down regardless — what’s the worst that could happen?

Now you’re ready to take on the challenge of the Tower of Doom — what’s your best Treasure Score?