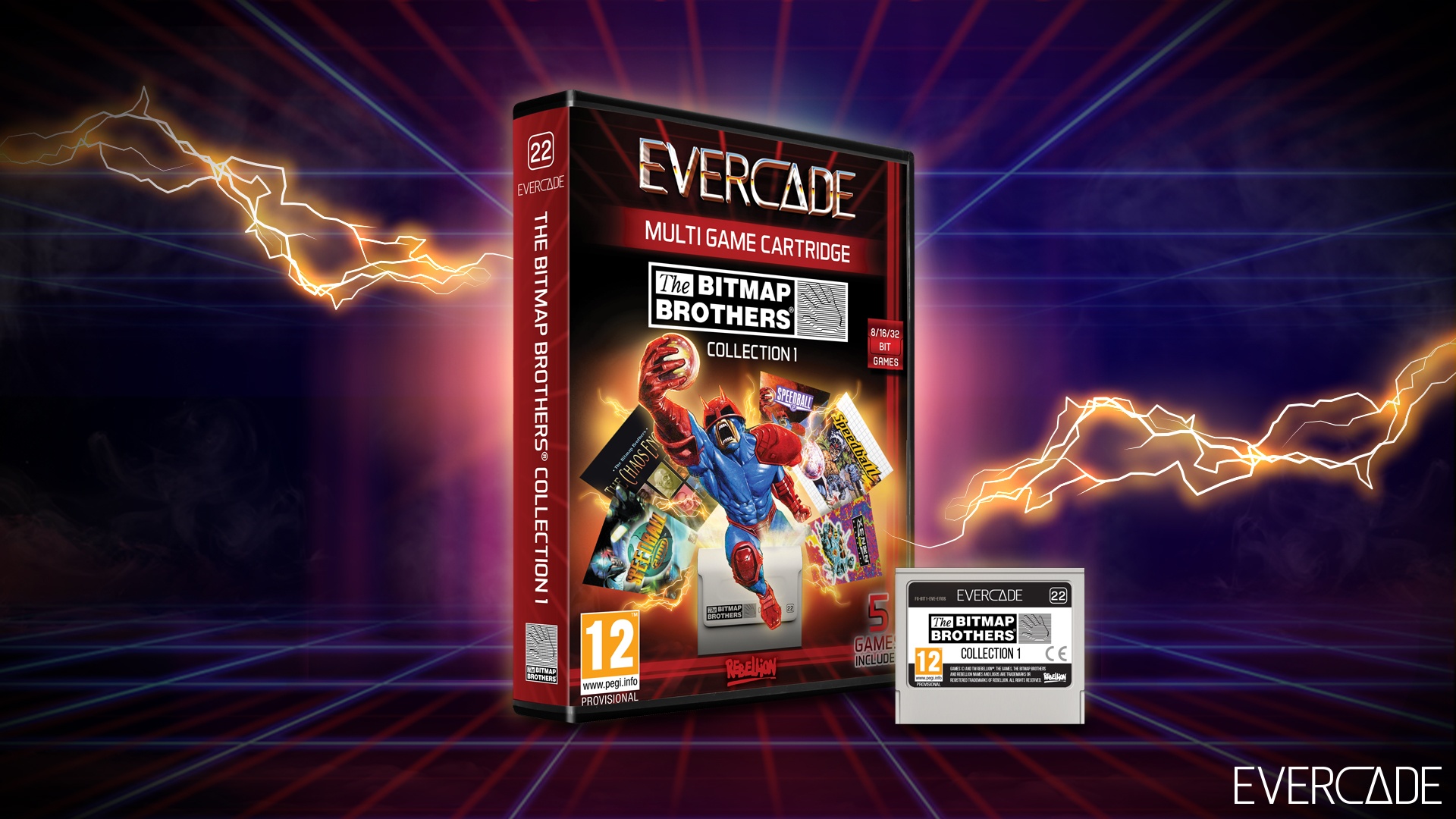 We are delighted to announce another brand new collection that highlights some of the best games in the history of British video game development with The Bitmap Brothers Collection 1 for Evercade devices.

This new collection, in partnership with owners Rebellion, features 5 of the best games from the British development team that was dubbed as “rock stars”. The games on this release come from the home console releases of these titles, and are:

The Bitmap Brothers hold an esteemed place in the British Games industry. Starting in East London in 1987, despite not actually being brothers. Debuting on the scene with Xenon for the Atari ST and Amiga in 1987, they were the first developers who used the pop-culture era of the 80s to give themselves a “cool” image. Exuding style and displaying great creativity in curating their public image, the trio of Mike Montgomery, Eric Matthews, and Steve Kelly became as synonymous as the games themselves, making The Bitmap Brothers a legendary gaming name.

In this collection, we will be able to play a wide range of games from the iconic developer from their early beginnings with combat sports title Speedball and its sequel, Speedball 2: Brutal Deluxe, the follow up to the aforementioned founding shoot ‘em up, Xenon 2: Megablast and the much-lauded, top-down steampunk shooter The Chaos Engine. We round off this collection with one of the later releases from the team with the PlayStation release, Speedball 2100.

The collection has been curated by the Evercade team and the current rights holders, Rebellion in order to create a great collectible package with the Evercade collectible clamshell, retro-styled case with a bespoke cover and manual. The collection will be number 22 of the Evercade lineup and will be released in September 2021. It is available to pre-order from May 28th from all Evercade Retailers.