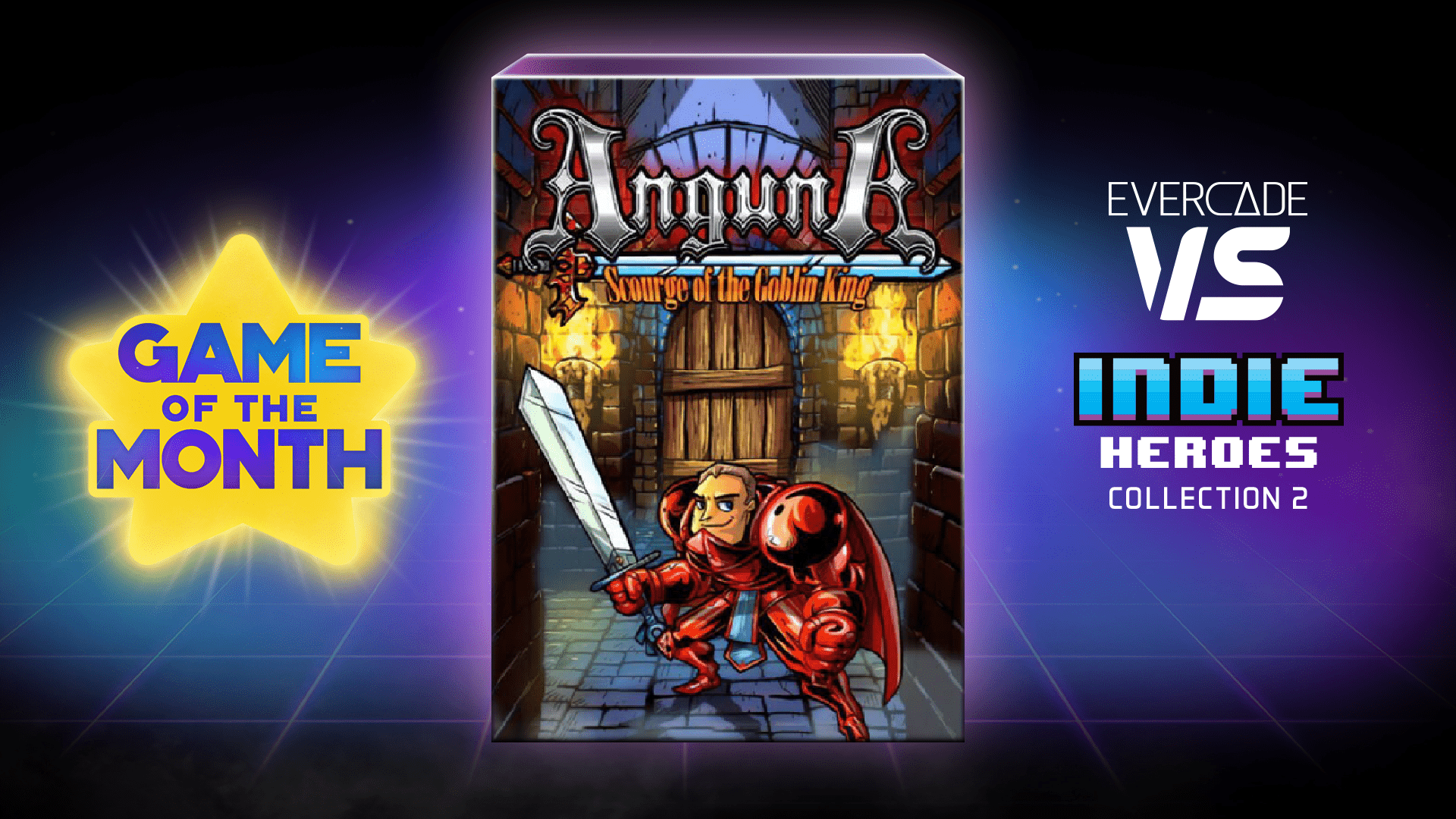 Evercade VS Game of the Month #5: Anguna – Scourge of the Goblin King

Tags Anguna, Anguna: Scourge of the Goblin King, evercade vs, Game of the month

The Game of the Month feature, exclusive to Evercade VS, offers a series of ten downloadable indie games between April and December of 2022, with each being available to play for free for a whole month. With August’s update to the Evercade VS, the fourth in the series, Anguna: Scourge of the Goblin King, is now available, providing a ton of open-world, freeform-structure action RPG fun to enjoy!

As always, don’t forget that all of the Game of the Month games will be available in physical form on the Indie Heroes Collection 2 cartridge, releasing in late 2022 — so don’t worry if you miss your chance to play! Do please note, however, that any save games from the Game of the Month version of Anguna: Scourge of the Goblin King will not transfer over to the Indie Heroes Collection 2 cartridge. 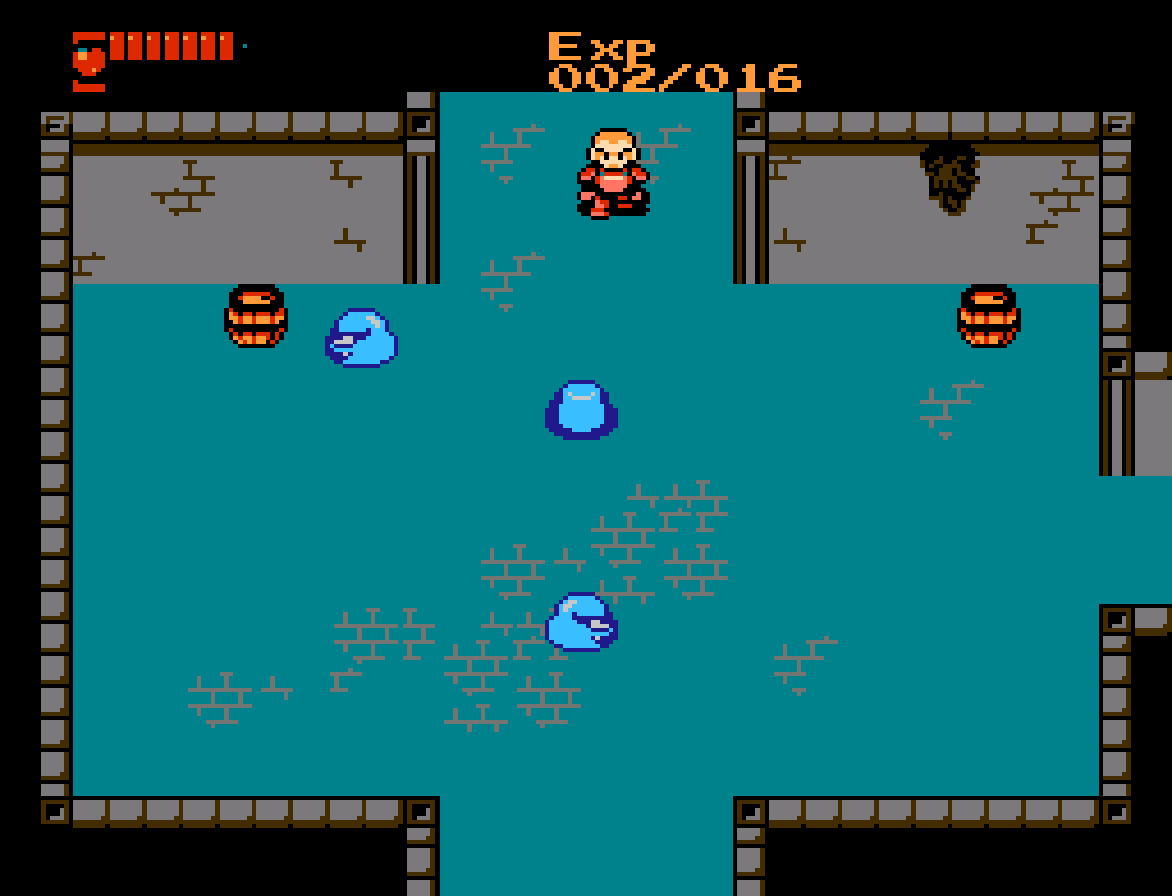 The Anguna series began its life in the early 2000s, when developer Nathan Tolbert — also known as Bite the Chili Productions — decided to learn Game Boy Advance development and put together an homage to one of his favourite games of all-time.

That game would become Anguna: Warriors of Virtue, the first in the Anguna series, and a title that anyone who has spent time with our Indie Heroes Collection 1 cartridge will doubtless already be familiar with.

Tolbert followed up the original Anguna with an ambitious reimagining and quasi-sequel for the Atari 2600, of all things. The game was a deliberate attempt to push the boundaries of what it was possible to achieve on the humble 2600, and indeed it’s an impressive title, featuring a large overworld, an inventory screen, an experience points system and even the ability to save your game with passwords or special hardware.

In the process of developing Anguna for the Atari 2600, Tolbert found himself learning 6502 assembly language, which is an important skill in developing for a variety of classic home computer and console systems from the early to mid ’80s. With that in mind, he thought it might be an interesting and fun project to do a direct port of the Atari 2600 version of Anguna to a more powerful platform — adding some enhancements along the way.

That direct port is Anguna: Scourge of the Goblin King, designed for a classic 8-bit console and now available for you to enjoy on your Evercade VS! 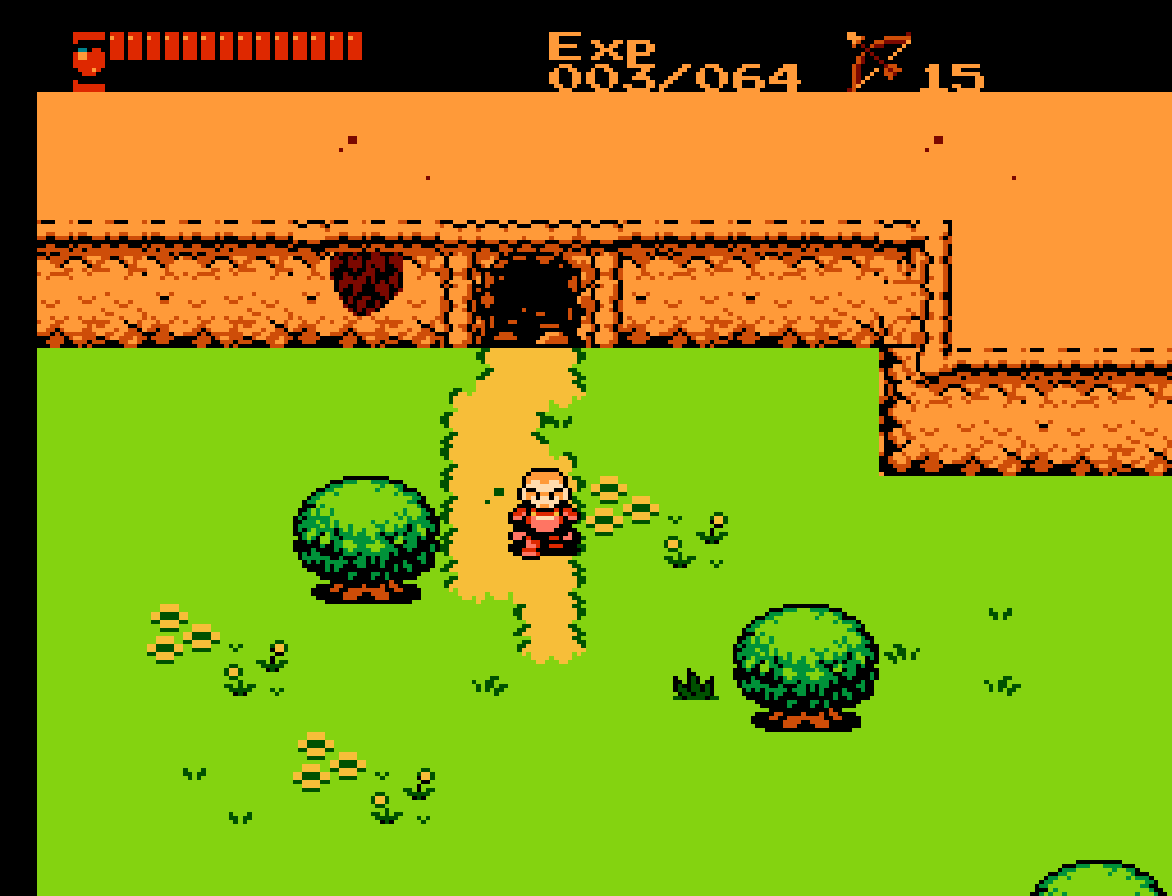 In Anguna: Scourge of the Goblin King, you once again play the part of a somewhat capture-prone hero as your quest to defeat the eponymous villain of the piece is interrupted by — you guessed it — getting locked in a dungeon. The first order of business is, of course, to escape, but from there exactly what you get up to in the world of Anguna is up to you.

Your eventual aim is to defeat the Goblin King, but there’s no set way for you to go about doing that. You’ll need to explore the large open world, delve into the five different dungeons scattered around, recover various helpful items and discover the many secrets that lie hidden!

As you defeat enemies, you’ll earn experience points. When your character levels up, you’ll earn more hit points, allowing you to take more damage in total. Your attack and defence power, meanwhile, can be upgraded by collecting swords and shields respectively. 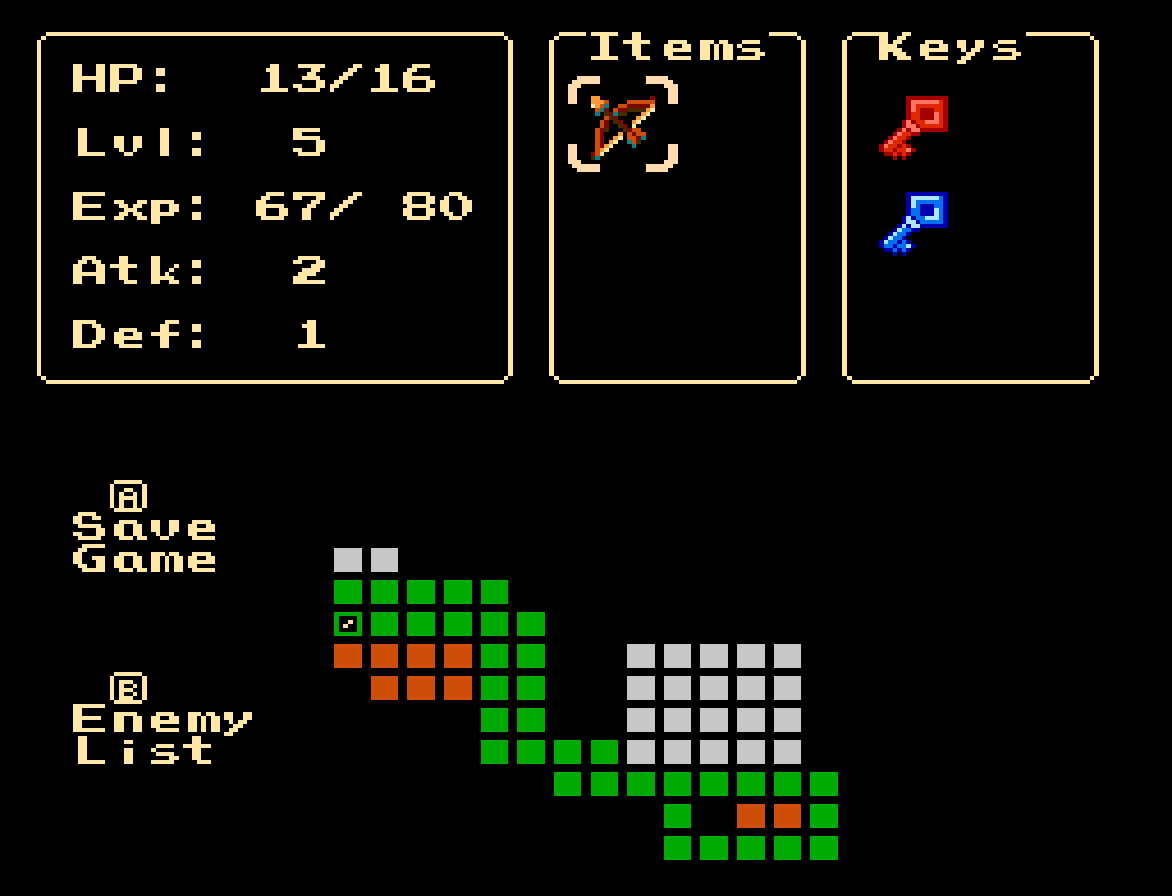 Pop up your subscreen with the Start button to check your current statistics and the game map, as well as the items you’ve managed to find so far. If you’ve found more than one item, use the D-pad to choose between them; when you return to the main game screen with Start pressing the A button will use the item. In some cases, simply having the item “equipped” is enough for it to be effective.

Be on the lookout for hidden paths and secret treasure troves. Defeating all the enemies in a room may reveal a hidden item or even open a secret passage. Some walls are also illusionary, allowing you to pass through seemingly solid rock — and sometimes investigating an item that looks out of place can reveal hidden passageways, too. If you find yourself in a seeming dead end, be sure to check thoroughly for secrets!

You may find yourself encountering locked doors as you explore. To open these, you might need one of the six coloured keys scattered throughout the world of Anguna: Scourge of the Goblin King.

If a key doesn’t seem to do the trick, you’ll need to hit one of the orb-like coloured switches found in various locations. Each time you whack one of these with your sword, it will swap the state of all doors marked with blue or red orbs in the game world: one colour will open, while the other will close.

If you find yourself running into a seemingly impassable obstacle, try taking a different route. You may find a way around the obstacle in question — or you might even find an item that will help you take care of it once and for all!

Anguna: Scourge of the Goblin King is a great game for those with a thirst for adventure, particularly if you don’t like being railroaded down a specific path. The open structure of the game means that you can freely explore and tackle its challenges as you see fit. Can you make it to your ultimate goal, the Goblin King — and can you defeat him when the time comes?

To get started with Anguna: Scourge of the Goblin King and the Game of the Month feature, connect your Evercade VS to a Wi-Fi network through the Network menu in Settings, then update your system’s firmware through the System menu.

When you’re updated to version 2.1.4 or later, you’re ready to go — select the star icon on the left of the screen and get ready to enjoy Anguna: Scourge of the Goblin King!