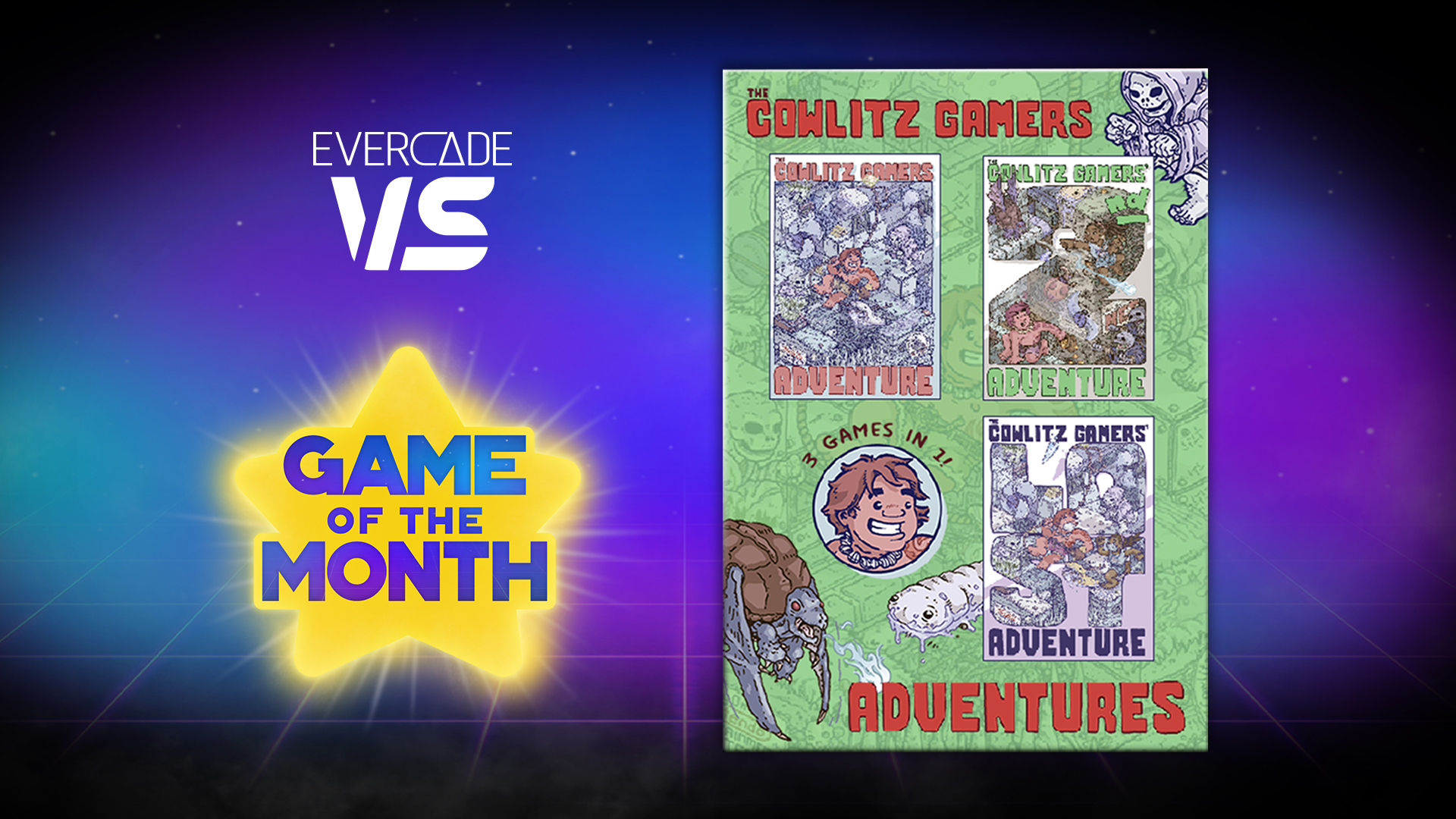 Evercade VS Game of the Month #4: The Cowlitz Gamers’ Adventure Trilogy

The Game of the Month feature, exclusive to Evercade VS, offers a series of ten downloadable indie games between April and December of 2022, with each being available to play for free for a whole month. With July’s update to the Evercade VS, the fourth in the series, The Cowlitz Gamers’ Adventure Trilogy, is now available, providing three platform adventures in one!

As always, don’t forget that all of the Game of the Month games will be available in physical form on the Indie Heroes Collection 2 cartridge, releasing in late 2022 — so don’t worry if you miss your chance to play!

The Cowlitz Gamers’ Adventure Trilogy began its life in 2016. Developer Łukasz Kur and musician Robi put together the first game in the series in aid of the 2016 Cowlitz Gamers for Kids Expo, an event organised by popular retro gaming YouTuber John Hancock plus friends Chelsea Beck and Jonathan Rose. The show ran annually between 2010 and 2020 in support of various non-profit organisations, and raised more than $100,000 for children’s charities over its lifespan. 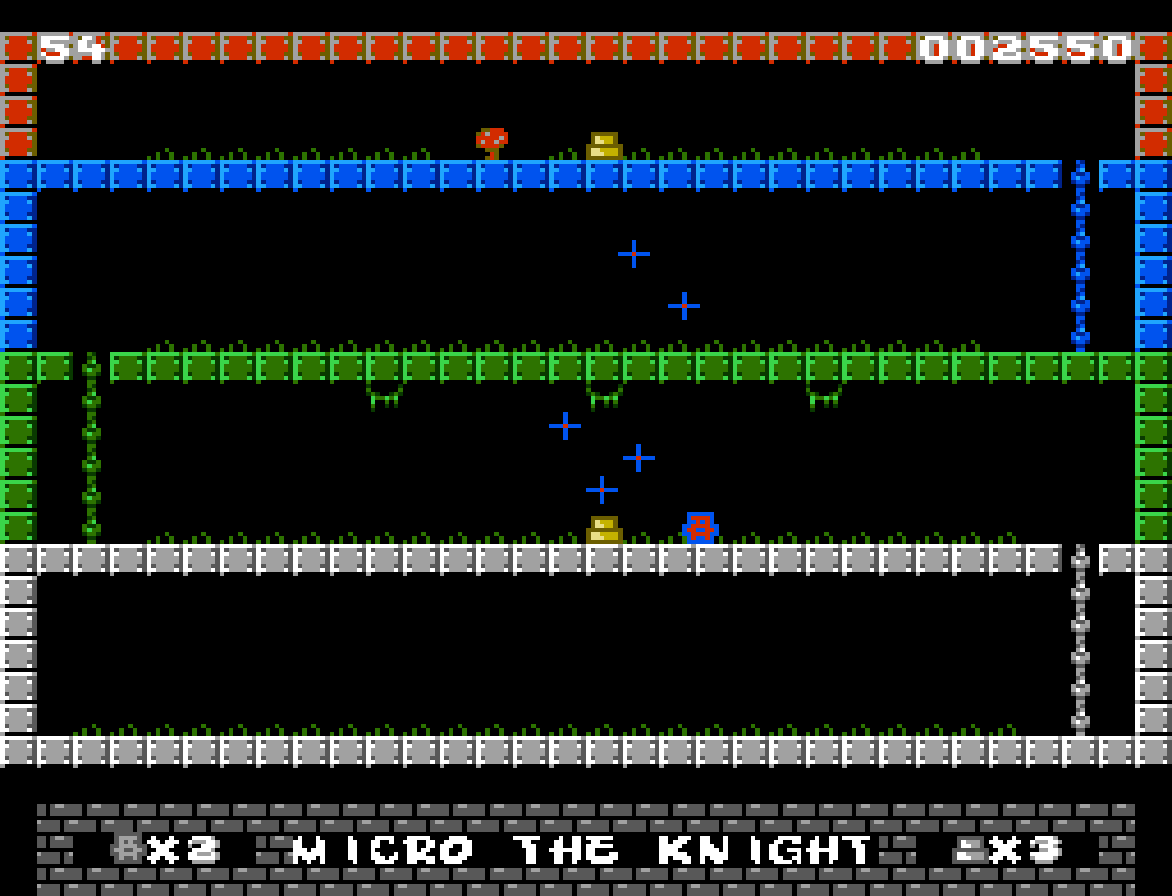 The Cowlitz Gamers’ Adventure, as the first game is known, casts you in the role of youngster Justice as he delves into some mysterious caves in search of gold. Following the format of classic 8-bit single-screen platformers, your goal is seemingly simple: collect all the gold before the time runs out.

Naturally, accomplishing this goal is anything but simple, as there are scores of obstacles and dangerous creatures just waiting to make Justice’s life miserable. With no way to fight back, Justice will have to avoid these various perils on his quest if he wants to survive long enough to spend all his shinies!

In classic 8-bit platformer style, all of the obstacles in your path run on strict, set patterns. When you start a new level, take a moment to watch how everything moves in relation to one another, and you’ll soon be able to spot an opportunity to get through safely. Even the most seemingly impenetrable obstacles have a safe path through — but thinking of a plan is just half the battle. Then you have to execute it, of course! 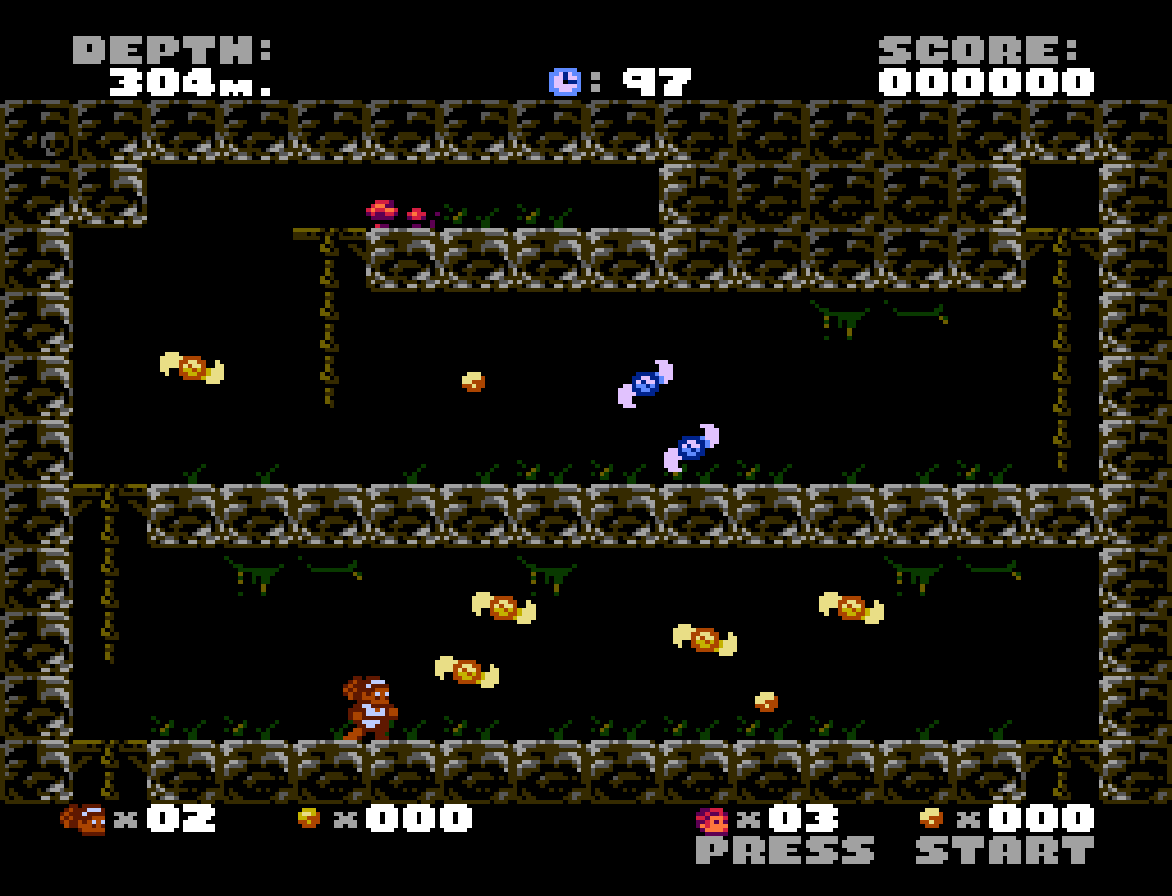 The initial idea for The Cowlitz Gamers’ 2nd Adventure, as the second game is known, can be accredited to artist M-Tee, who came on board with the original project in early 2016 to design the cover art and packaging. M-Tee pitched the concept of a sequel to Kur and Robi, and the three agreed to work on it over the summer of 2016.

The concept of the new game would be the same — collect all the gold while avoiding obstacles and enemies — but the look and feel of the game would be updated with M-Tee’s help. Later that year, the team decided to make the new game with simultaneous two-player cooperative play in mind, and replace the original lead character Justice with his sister Kaylee. Justice would still be playable by the second player.

The three showed off The Cowlitz Gamers’ 2nd Adventure for the first time at the April 2017 Cowlitz Gamers for Kids Expo, and released the demo online to solicit feedback. The team found this extremely helpful in fine-tuning the game and building it into a satisfying follow-up to the original.

Later in 2018, speedrunners The_Kov and J2Champ started speedrunning the game, with its official records being held at speedrun.com. At the time of writing, the world record for an Any% completion on Easy difficulty is held by sirphobos from the United States with a time of 10 minutes and 42 seconds. He’s held this record for two years; can you beat him? Only one way to find out! 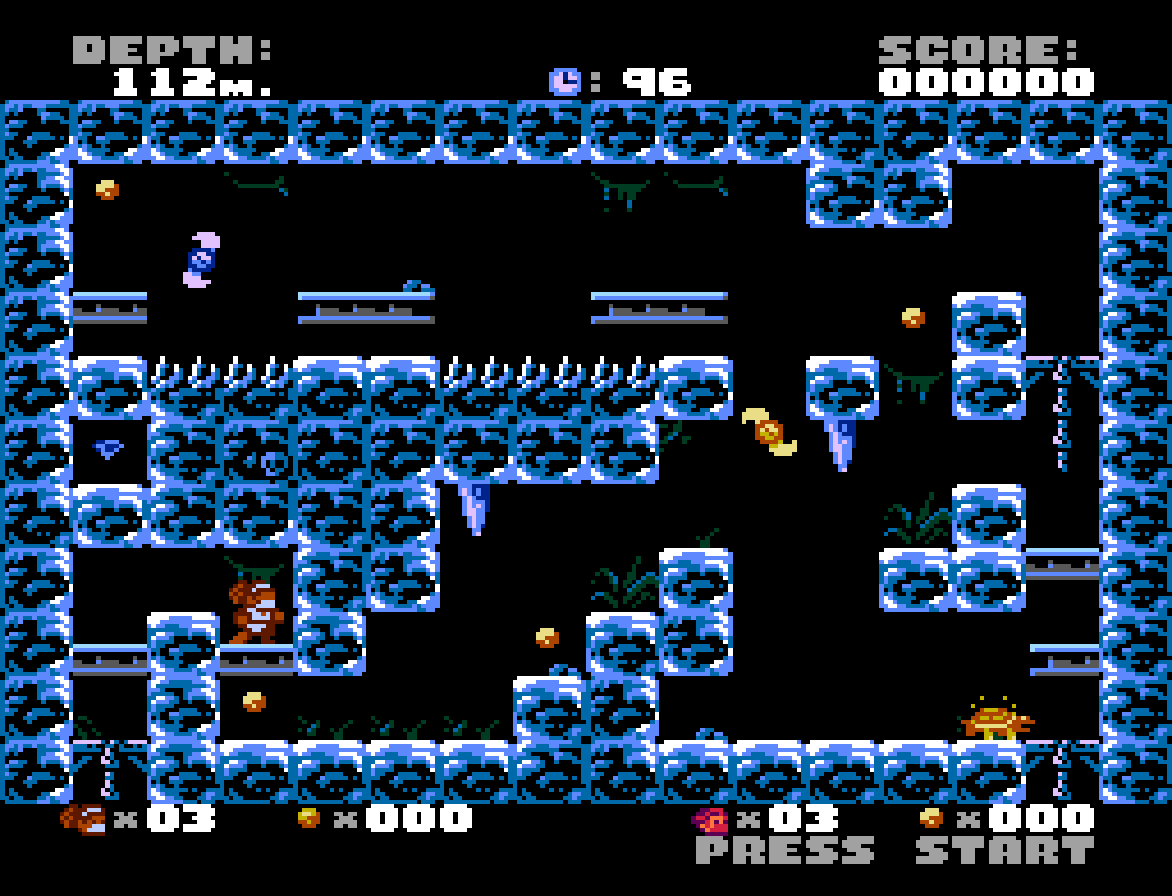 Finally, The Cowlitz Gamers’ Lost Adventure is designed as a sort of standalone expansion for The Cowlitz Gamers’ 2nd Adventure — a bit like how Micro Mages: Second Quest in the Morphcat Games Collection 1 relates to its predecessor. The core mechanics, look and feel of the game are the same, but a series of new levels provide stiff challenges for even the most intrepid explorers!

On top of that, The Cowlitz Gamers’ Lost Adventure also features guest appearances from a number of other stars of the modern 8-bit indie development scene — some of whom you may well recognise from other cartridges available for Evercade! Can you unlock them all?

To get started with The Cowlitz Gamers’ Adventure Trilogy and the Game of the Month feature, connect your Evercade VS to a Wi-Fi network through the Network menu in Settings, then update your system’s firmware through the System menu.

When you’re updated to version 2.1.3 or later, you’re ready to go — select the star icon on the left of the screen and get ready to enjoy The Cowlitz Gamers’ Adventure Trilogy!