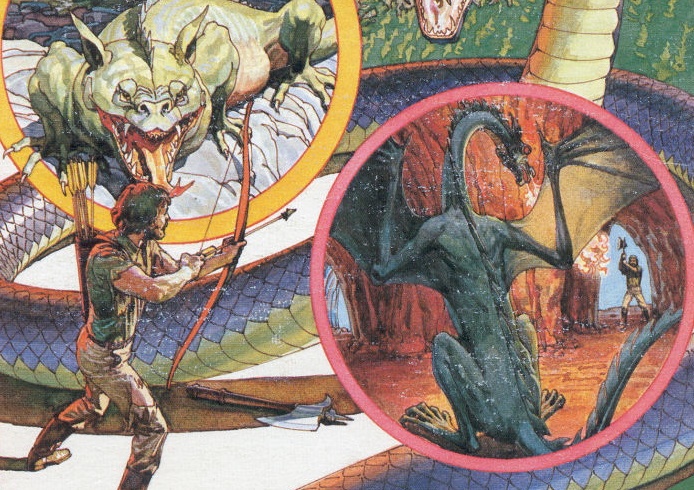 Today we’re shining a spotlight on Cloudy Mountain, part of the Intellivision Collection 2 cartridge for Evercade.

Originally released in August of 1982 as a licensed adaptation of a certain famous tabletop role-playing game system — though in practice having very little to do with said tabletop role-playing game system — Cloudy Mountain is an interesting and enjoyable game that remains fun to explore today. It’s also historically noteworthy as the first Intellivision game to be more than 4K in size. That’s 4K as in “4,096 bytes”, not “4K resolution”, we should probably add, if it wasn’t already obvious. 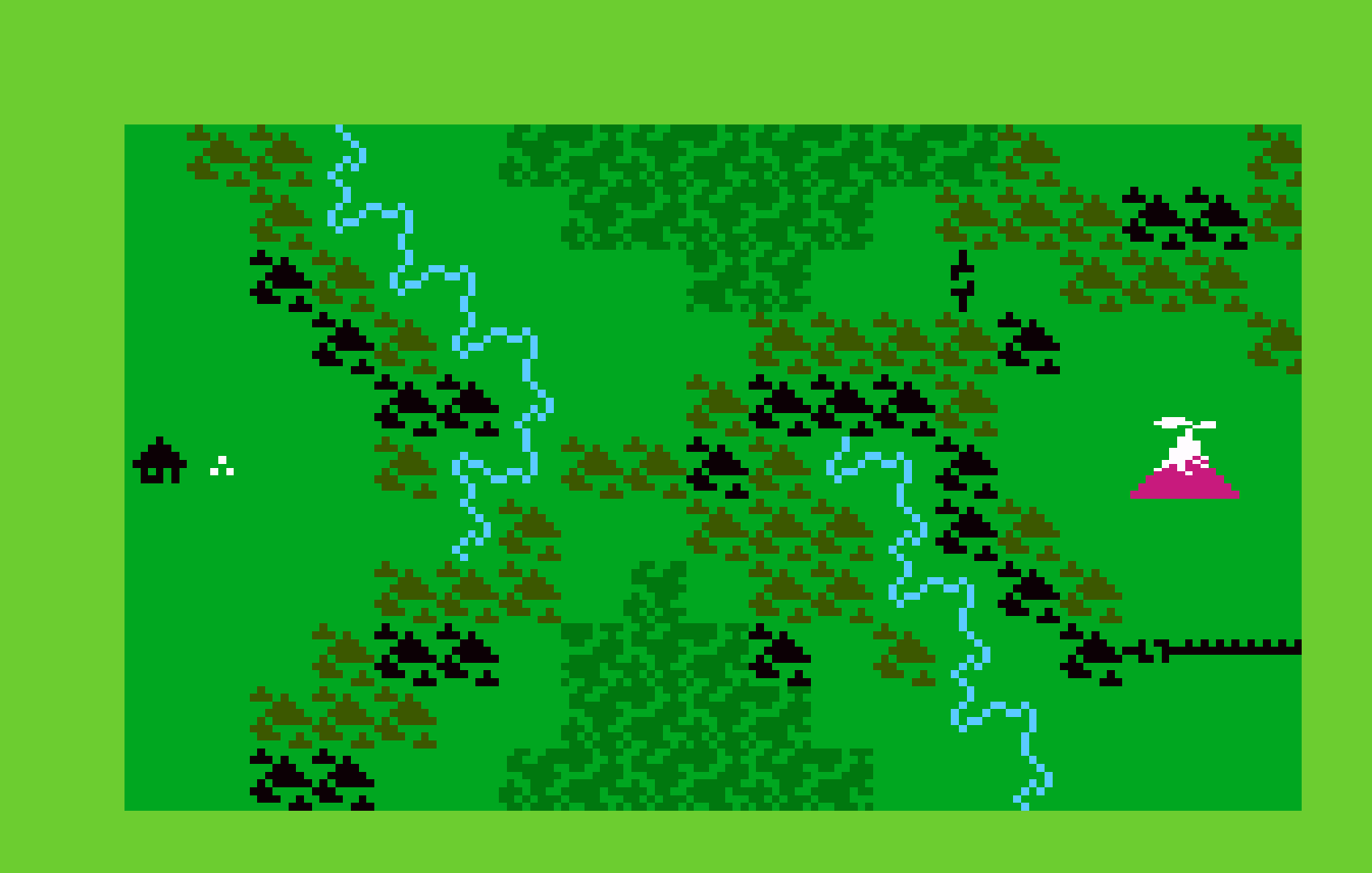 In Cloudy Mountain, your job is to get all the way from the little house on the western edge of the map to the eponymous mountain over on the right. Once there, you need to kick the snot out of a couple of dragons and recover the two halves of the Crown of Kings. All in a day’s work, right?

To start Cloudy Mountain, choose one of four difficulties for your quest from the title screen. Hold L1 to bring up the Intellivision’s keypad, then use the Evercade D-pad and A button to select 3 (easy), 2 (medium) or 1 (hard). You can also simply press any direction on the D-pad for the hardest difficulty. The main difference between the difficulties is how fast the monsters move, and how many arrows you will pick up each time you find a quiver. Oh, and Cloudy Mountain is a different colour on each difficulty level.

Cloudy Mountain is split into two main sections. On the overview map here, you can move around by pressing A, B, X and Y on the Evercade. The reason this part doesn’t use the D-pad for movement is that on the original Intellivision version, you moved around on the map using the keypad rather than its directional “disc” control. This is because you move by “tile” on the map, a bit like a board game, and there’s no fast action to worry about here.

Once you stumble across a mountain, mind you, that’s a whole other matter. Brown mountains are impassable, but black mountains will change colour when you get near them. This indicates both their difficulty and the treasure you’ll find within! 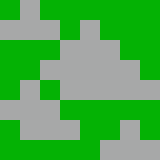 Grey mountains are the easiest challenge, but the only treasures you’ll find in their cave systems are quivers of additional arrows. 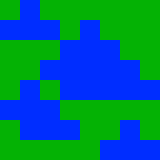 Blue mountains are a little more challenging — plus we hear they do a nice line in cheesy e-cards — but if you search thoroughly, you might find a boat in their caves. Acquiring the boat lets you cross rivers on the map! 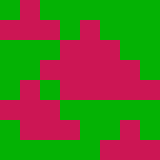 Red mountains are more dangerous still, and a good search should net you an axe. Find this and you can freely move through the forests on the map! 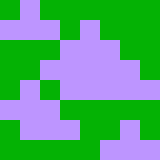 Finally, purple mountains are the most dangerous aside from Cloudy Mountain itself, but the keen treasure hunter will be able to score themselves a key. This will allow you to pass through the black gates in the walls on the map. 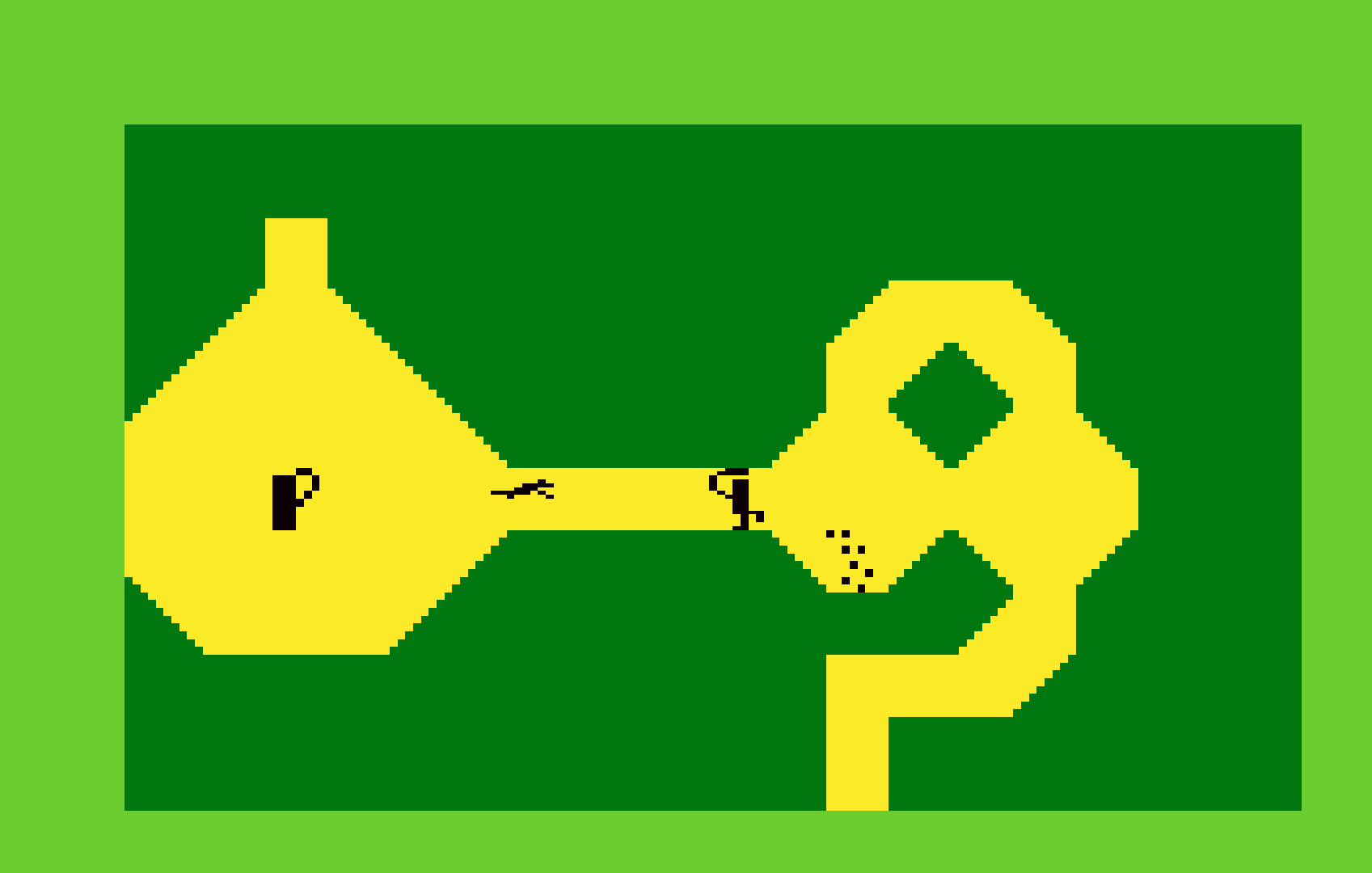 Step onto a mountain and you’re into a randomly generated dungeon that will be different each time you play! Move around with the D-pad and use the A, B, X and Y buttons on the Evercade to fire an arrow in different directions.

Be careful, though, as you only have a limited number of arrows. To check how many you have, press the R2 button on Evercade VS or EXP, or if you’re still rocking the original Evercade handheld, hold down L1 to bring up the keypad, then use the D-pad and A to select the “0” (zero) key. You’ll hear a number of clicks — the number of clicks is how many arrows you have. Don’t ask why they didn’t just put a nice convenient number of the screen — we have no idea. 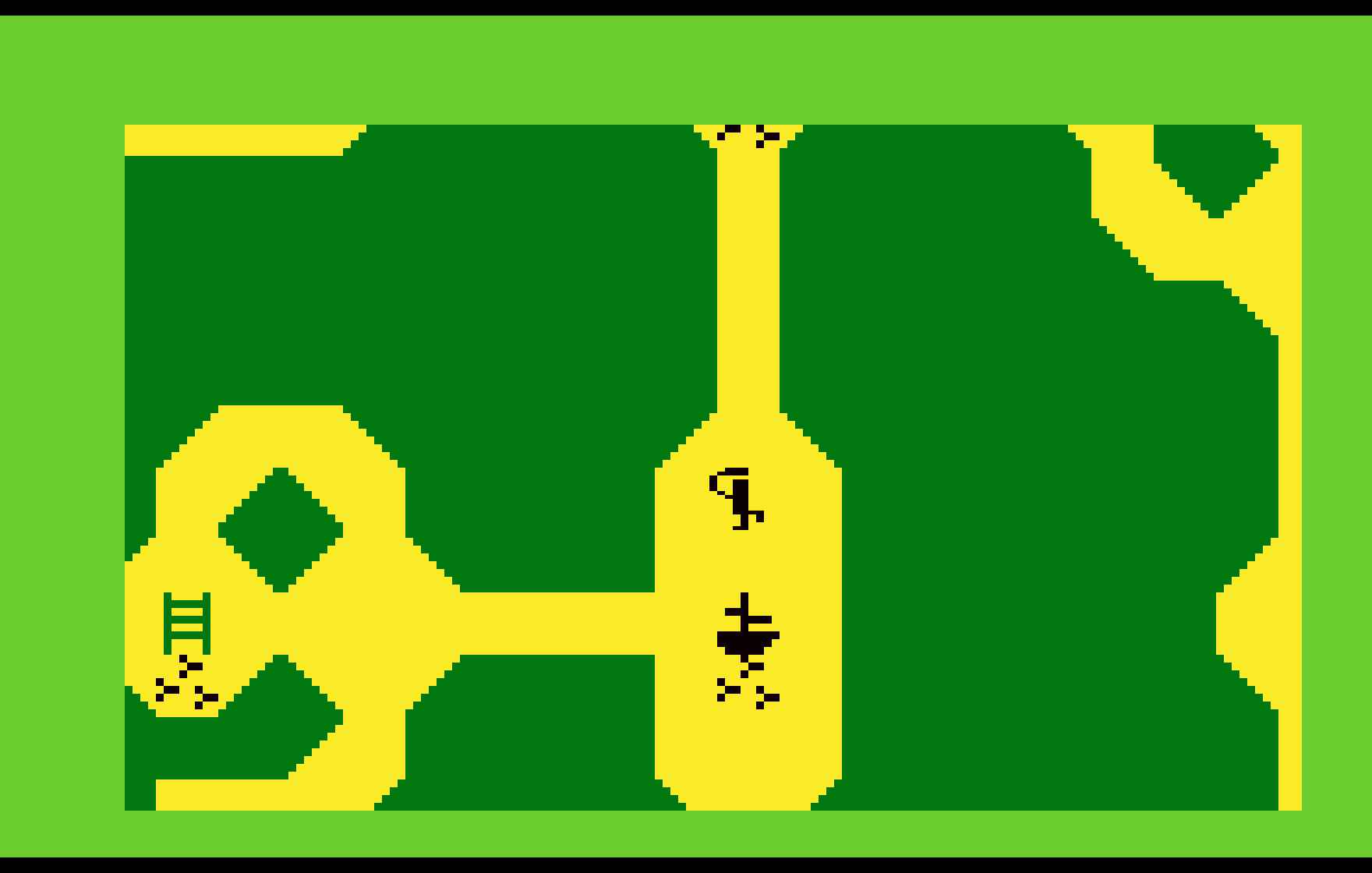 When in a dungeon, you have three main objectives:

If you’ve wandered into a grey mountain’s dungeon, you can ignore the first one — but in the other coloured mountains you’ll want to track down the ship, axe or key depending on which one you’re in. When you find an item, walk over it and press Select to pick it up. 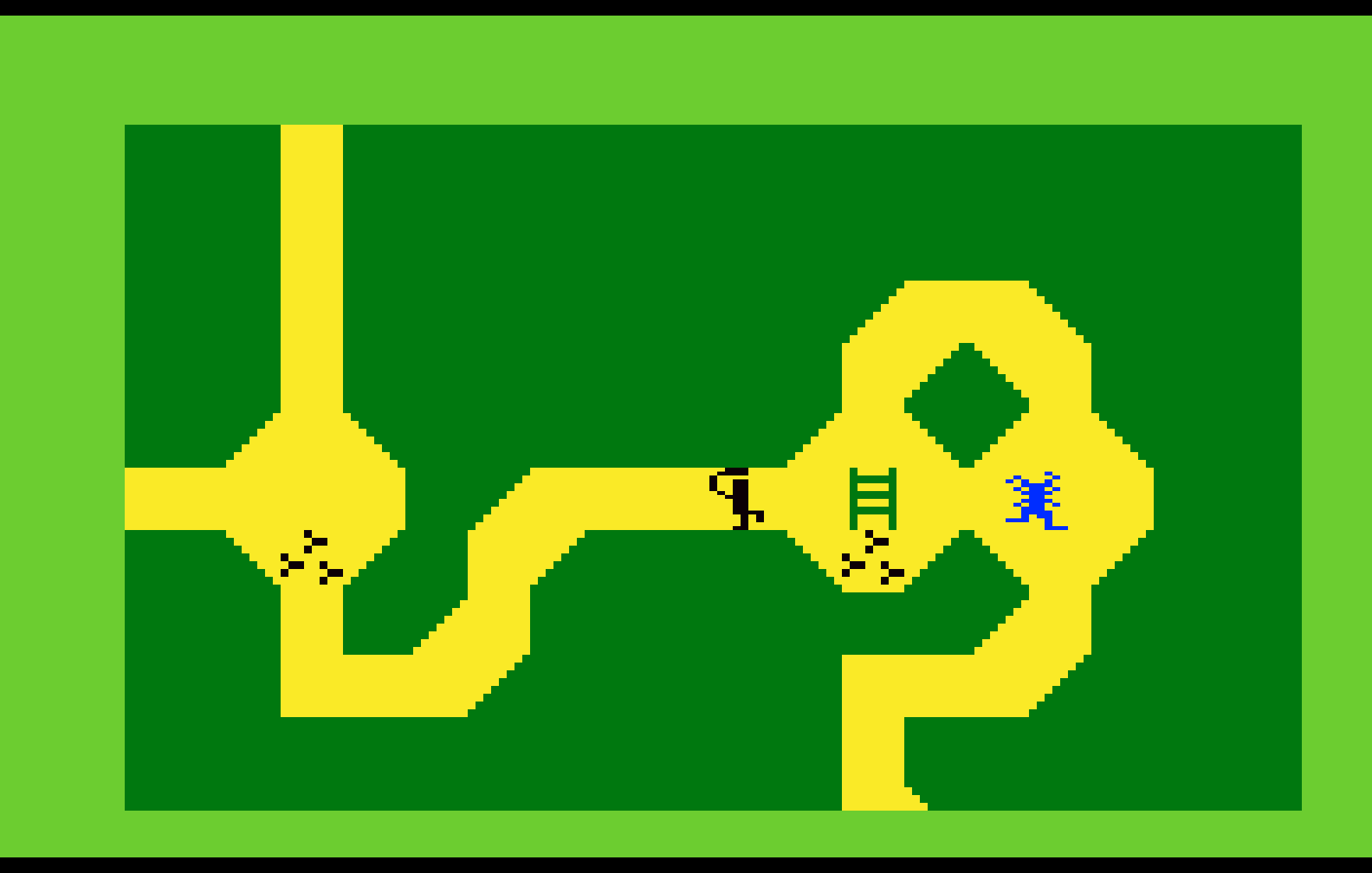 To escape the dungeon, you need to find the ladder back to the surface — which, of course, is never where you actually entered the dungeon. Once you’ve found the ladder, stand on it and press Start to get back to the map. You’ll then be able to move past the mountain and continue onwards towards Cloudy Mountain!

Cloudy Mountain was a well-loved game back on its original release. America’s first dedicated video game magazine Electronic Games concluded that the game was “worth the wait” for those who had been eagerly anticipating an official adaptation of those classic tabletop rules while the short-lived publication Electronic Fun with Computers & Games gave it a full four out of four rating, noting that “the graphics are terrific”.

In more recent years, Cloudy Mountain remains fondly regarded — though people are now a lot more willing to talk about the fact it has pretty much nothing to do with its supposed source material!

If you’d like to set off on your own adventure to Cloudy Mountain, pop that Intellivision Collection 2 cartridge into your Evercade, and do your best to recover that precious Crown of Kings!